Mary Horony was involved in the "Wild, Wild West," part of the westward expansion of the United States. Join the Wild Wild West Project.

The most famous 19th century Wild West prostitute was Mary Catherine (Horony) Cummungs. Much has been written on Mary and very little is accurate. One such biography is by Lieutenant Colonel Glen Boyer and proven to be a work of fiction. Other works fail to correct this.

She is the daughter of Dr. Michael Horony and Catherine Boldizar/Boldizsár and immigrated on the Bremen, arriving at Ellis Island, New York, September 18, 1860,[1] The ship passenger list shows her name is Marie and her age as 11. The baptism record shows the date of November 9, 1849,[2] this closely matches the date of birth on her death certificate except for the year. The other discrepancy on the death certificate is her parent are listed as Marchal H. Michael and Catherine Baldwin.[3]

Most people who know Mary Katherine Horony (sometimes Haroney) know her as Big Nose Kate, the on-again, off-again lover of Wild West legend Doc Holliday. She usually appears, when she appears at all, as a footnote in movies and stories about Holliday and his good friend Wyatt Earp, the famed lawman and gunfighter. But that famous duo may never have even met if it wasn't for Kate, who was a force to be reckoned with in her own right.

Not much is known about Mary Katherine’s early life. Born in Pest, Hungary in 1850, she was the eldest of Dr. Michael Horony and Katharina Baldizar's seven (or possibly eight) children, and apparently came to the United States on the steamship Bremen in 1860, before her family found their way to Davenport, Iowa. Recently, a legend has emerged that Kate’s father was the physician for Mexican Emperor Maximilian and that the family had moved to Mexico City before fleeing in the wake of Maximilian’s execution, but this is most likely a myth [PDF]. The Horony family appears to have been well-established in America before Maximilian even set foot in Mexico.

Kate was 15 when her parents died and she and her siblings were split up among foster homes. Kate went to live with a less-than-ideal guardian, who reportedly tried to rape her. That’s when the first flash of Big Nose Kate, the independent woman who made her own way in life, appeared. Rather than stay with her guardian, Kate fled, stowing away aboard a riverboat on the Mississippi and arriving to a new life in St. Louis as Kate Fisher. (By some accounts, she gave her guardian a good whack with an ax handle first.)

Kate later told Dr. Albert William Bork, a Southern Illinois University historian, that she married a dentist named Silas Melvin and had a child in St. Louis not long after her escape. But she said that both husband and child died of a fever soon after in Atlanta, and efforts to identify Silas Melvin’s identity have consistently come up flat.

Kate Elder, the name she was using by then, eventually found work as a prostitute in a Wichita, Kansas dance hall and "sporting house” owned by Bessie Earp, Wyatt Earp's sister-in-law. It was here that she probably met Wyatt Earp. According to researcher Glenn Boyer, Kate was a favorite lover of Earp’s for a while, but he cast her off before she met Holliday.

She then moved on to other dance halls and saloons, including one in Fort Griffin, Texas, where in 1876 she met John Henry “Doc” Holliday, the man who would become the love of her life. "Big Nose" Kate charmed him with her dark good looks, intelligence, and fiery temper, and she, in turn, was smitten with him. Kate told Bork, the historian, that the two were married that year at Holliday’s home in Georgia, though Bork and Boyer believe the marriage was a common-law one, and never made official.

Kate also introduced Holliday to Earp, a move she regretted in her later life, according to Boyer and historian Jan MacKell. "The Earps had such a power I could not get Doc away from them," Kate said. And despite her relationship with Holliday—and his disapproval—Kate continued to work as a prostitute, sometimes for Bessie Earp (the wife of Wyatt’s brother James).

Kate's association with the famed sometimes-lawmen, sometimes-outlaws gave her a number of colorful stories. For example, in Texas, Holliday apparently got into a fight after a card game and a little too much to drink one night. The fight turned deadly, and Holliday ended up being arrested and held in a nearby hotel. That's when Kate set the hotel on fire and helped Holliday make his escape. Kate also admitted to Boyer that when she and Doc were in Las Vegas, New Mexico, she held up the local lawmen with a six-shooter—in her nightgown.

When Holliday and the Earp brothers moved to Tombstone, Arizona, Kate and Doc temporarily split and she moved to Globe, a little over 180 miles away, where she eventually bought a hotel.

However, Kate and Holliday continued to write, and in 1881, he convinced her to move to Tombstone. She had a front-row seat for the Gunfight at the OK Corral in 1881. The 30-second gun battle, which actually took place down the street from the paddock it was named after, was the culmination of months of tension between a group of cowboys known for murder and cattle rustling and the Earps, who served as the town’s lawmen. The brothers made Holliday a temporary policeman for the fight, which ended with three of the cowboys dead (the Earps and Holliday were wounded).

Kate and Doc's relationship was stormy and often violent. According to witnesses, she once tried to shoot him in his sleep, firing bullets into the mattress, only for him to wake, grab the gun from her hands and hit her over the head with it. Yet the two were said to be "like newlyweds" the next day. In another incident, she got him briefly arrested on false murder charges. But she always came back, eventually.

However, after the Gunfight at the OK Corral, Holliday, worried for her safety, told Kate to return to Globe. (The Earp wives were sent away for a time as well.) They didn’t see each other for several years, during which time Kate ran her hotel and traveled around Arizona.

Things changed in 1887, when she heard that Holliday was in the final stages of tuberculosis in Glenwood Springs, Colorado. Kate reportedly went to stay at the nearby ranch of her brother Alexander Haroney, so she could visit Holliday during his final days.

Throughout their relationship, Kate was her own woman, refusing to give up her work or her independence. But Doc's death left her a changed woman. She gave up life as Big Nose Kate and became Mary, a mine cook.

She married a man named George Cummings in 1888. Her biographers believe it was a "meal ticket marriage" and by 1898, Kate had left him. "Cummings was a drinker," she later told Gov. George Hunt.

She spent the next three decades as the housekeeper of miner John J. Howard, who named her as his heir. When he passed away, however, she was 80 years old, and he wasn’t able to leave her much. She applied to Hunt to give her space in the Arizona Pioneers Home in Prescott, which had just begun to admit women.

While her application gave only sparse details of her background, other residents of the home recognized Mary K. Cummings as Big Nose Kate, the wild Hungarian beauty who had reigned over the dance halls and saloons of the Wild West.

It was at the Pioneers Home where she finally had the chance to share her side of the story with Dr. Bork, who described her as "a trim, well-spoken little old lady and, like a lot of them, seeking respectability in old age." Bork and Boyer note that as she recounted her tales, she added or changed details for propriety’s sake—such as recalling her common-law marriage to Holliday as an official one, and listing her birthplace as Iowa because she never actually became a U.S. citizen.

"Kate didn’t have it easy," Boyer wrote in 1979. "Perhaps someone will drop a posy on the spot [where she’s buried] occasionally. I hope so." 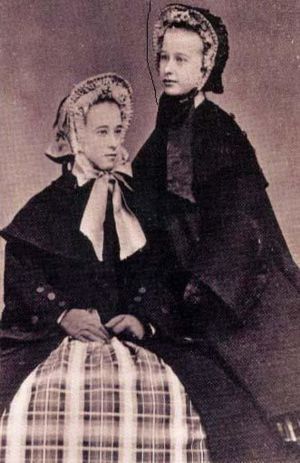 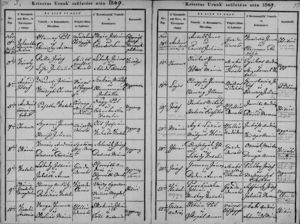 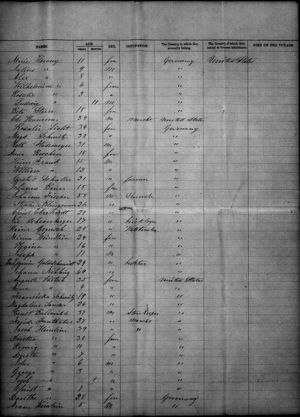 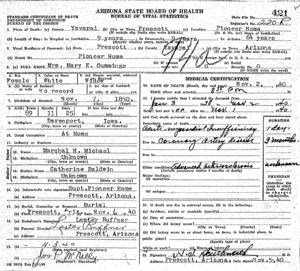 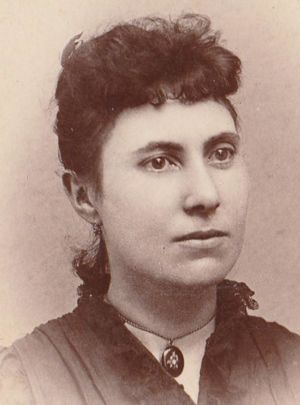 Aaron Gullison
Elder-212 and Horony-1 appear to represent the same person because: Same Person - Kate Elder is an alias
posted Jul 27, 2019 by Aaron Gullison
Amber (Chavez) Sanders
Horony-1 and Elder-2959 appear to represent the same person because: Same person with birth dates, photos, names, etc. However, the original name of Mary Katherine Horony from Horony-1 should be maintained, with "Elder" as an alternative last name. I hesitate to allow her to be linked as John Henry Holliday's wife, but I will leave that discussion to the profile owners and historians.
posted May 01, 2019 by Amber (Chavez) Sanders
[Living Daly]
Born Maria Izabella Magdolna Katherine Horony