Elijah was born in 1828. He was the son of Elijah Howe. He fitted for college in Dedham, and at Phillips Academy, Andover, Mass., graduated from Amherst College, (A. B. 1849, A. M. 1852). He was a teacher in the High School at South Hadley, Mass., in the High School at East Douglas, Mass., and in the Academy at South Wilbraham; Mass., afterwards he was a book-keeper in the Shoe and Leather Bank in Boston, Mass., for ten years, and later, for twelve years, he was agent in New England for Park Bros. Black Diamond Steel Works of Pittsburg, Pa. He lived in Dedham, Mass., where he was Secretary and Treasurer of the Norfolk Mutual Fire Insurance Co. and Secretary of the Dedham Mutuai Fire Insurance Co. In 1871 he attended the Howe Family Gathering in Harmony Grove, Framingham, Mass with his son Oliver.[1] He passed away in 1898. [2]

ask our community of genealogists a question.
Sponsored Search by Ancestry.com
DNA Connections
It may be possible to confirm family relationships with Elijah by comparing test results with other carriers of his Y-chromosome or his mother's mitochondrial DNA. Y-chromosome DNA test-takers in his direct paternal line on WikiTree: It is likely that these autosomal DNA test-takers will share DNA with Elijah: 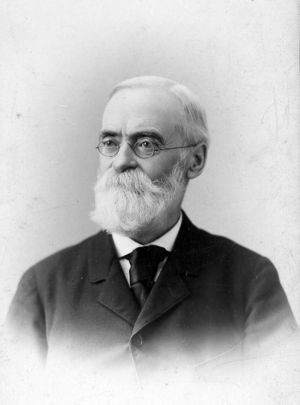 Elijah is 17 degrees from Danielle Liard, 14 degrees from Jack London and 13 degrees from Henry VIII of England on our single family tree. Login to find your connection.