The compilation of the Howe Family Genealogy is due to the researches of Judge Daniel Wait Howe of Indianapolis, Indiana. Begun many years ago, the greater part of the work was done by him and under his supervision. It proved to be a stupendous task and involved much labor and expense. Originating in a desire to make a short record for his children, the work gradually expanded, taking in all known descendants of John How of Sudbury and Marlborough and later welcoming with equal care and research the other lines ; and, in fact, all material relating to the name of Howe. "On August I, 1871, a meeting of the Howes in this country was held at Harmony Grove, Framingham, Mass. Every one bearing the name of Howe was invited to be present and to bring any ancient records or relics pertaining to the family, which they might possess. A very large attendance was the result of this invitation and it was at this meeting that the project was started of having a genealogy of the Howe Family published, and an effort was made to collect the material necessary for that purpose, but after about a year the work ceased, principally for the lack of funds." The above paragraph is quoted from an early preface to this work written by Judge Howe and probably represents his idea of the first movement toward a Howe genealogy. A large amdunt of genelogical material was obtained as a result of the Howe Family Gathering and was preserved by Willard Howe of South Framingham, Mass. Mr. Willard Howe later placed these records at the service of Judge Howe, who declared them to be "really the beginning and foundation" of his work. From these statements of Judge Howe, it seems likely that the "Family Gathering" afforded the first impulse to produce a family genealogy. (quoted from the Preface to the Howe Genealogies)

As a boy he moved with his mother and step-father to Franklin, Johnson Co., Ind., in 1850, he graduated from the scientific department of Franklin College in 1857, and served in the Civil war as a private in the 7th Regt. Ind. Vols., in the three months service, and participated in the battle of Carrick's Ford; afterwards served as Lieut. and Captain in the 79th Ind. Vols., and participated in the battles of Stone's River, Chickamauga and Missionary Ridge, and was favorably mentioned for meritorius conduct on the field in the official reports of the last named battle; also participated in the battles of the Atlanta campaign to and including the battle of Kenesaw Mountain. Ga.. where on 23 June 1864, he was severely wounded, by reason of which he was discharged 10 Nov. 1864; after his discharge from the army, he studied law, and was graduated from the Albany Law School, Albany, N. Y., in 1867. He began practice in Franklin, Ind., where he held the offices of City Attorney, and State Prosecuting Attorneys. In 1873 he moved to Indianapolis, Ind., where in 1876 he was elected one of the judges of the Superior Court, and held the office until 1890, when he retired to resume the practice of law. He was elected president of the Indiana Historical Society in 1899, and in 1904 he was President of the Indianapolis Bar Association. He was the author of "The Laws and Courts of the Northwest and Indiana Territories" (1895, "A Descriptive Catalogue of the Official Publications of the Territory and State of Indiana from 1800 to 1890" (1896), "The Puritan Republic" (1899), "Civil War Times" (1902) ant1 of this Genealogy. He was one of the editors of The Executive Journal of Indians of Indiana Territory from 1800 to 1816, and was a contributor of various articles to legal periodicals. Through inter-marriage he was a descendant from Abraham How of Watertown and Marlborough, Mass. (From Howe Genealogies by the above, vol. 1, p449)

More records on Daniel Howe may be available offline. Schedule a free consultation with our friends at Trace.

ask our community of genealogists a question.
Sponsored Search by Ancestry.com
DNA Connections
It may be possible to confirm family relationships with Daniel by comparing test results with other carriers of his ancestors' Y-chromosome or mitochondrial DNA. However, there are no known yDNA or mtDNA test-takers in his direct paternal or maternal line. It is likely that these autosomal DNA test-takers will share DNA with Daniel: 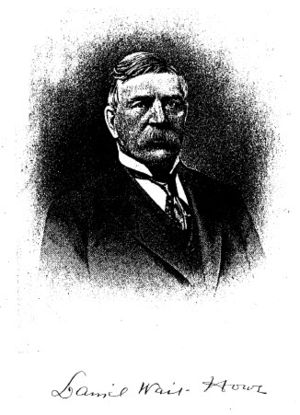 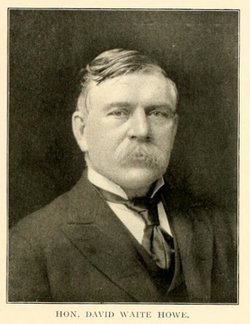 Daniel is 18 degrees from Alice Paul, 19 degrees from Michael Schell and 16 degrees from Henry VIII of England on our single family tree. Login to find your connection.