Rob Howell Jr. was a wonderful member of our WikiTree community who has passed away. Rob Howell Jr. made many contributions and will be missed.

Before I add more info about myself, I include here some info: BA from Gettysburg College, MA from U. of Minn., ABD, NYU 1980. Taught at East Stroudsburg University from 1965 to 1994.

While a Lutheran til 1960, I have, since 1970, been a devoted Unitarian-Universalist.

Please see some information on my German Ancestry:

Born in Amityville, Long Island, N.Y., on June 11, 1934, he was the son of the late Robert Marshall Howell and Alma Olga Maass. He grew up in western Pennsylvania, in Kittanning, Ruffsdale and Greensburg, and then returned to Long Island as a teenager. He graduated from Sewanhaka High School, served in and was honorably discharged from the U.S. Army, completed his Bachelor of Arts at Gettsyburg College in 1959, received his Master of Arts from the University of Minnesota in 1970, and his ABD (all but dissertation) from New York University, 1980.

Rob was an associate professor of theatre at East Stroudsburg University from 1965 to 1994. He began his theatrical career with the Lutheran Foundation for Religious Drama in New York City. He acted in more than 100 plays, including community theater, off-off Broadway and summer stock. His favorite roles included Becket in "Murder in the Cathedral," George in "Who's Afraid of Virginia Woolf," Dr. Martin Dysart in "Equus" and Father Farley in "Mass Appeal." Venues included the Cherry Lane Opera House, Playhouse by the River, Shawnee Theater and ESU. He and his former wife were instrumental in the formation of the Phoenix Players, a community theater group. He directed more than 100 plays, including "The Crucible," "Godspell," "Streets of New York," "The Glass Menagerie," "Blues for Mr. Charlie," "A Dream Play," "A Streetcar Named Desire," "Rashomon," "One Flew Over the Cuckoo's Nest," "Fiddler on the Roof," "East Lynne," "Three-Penny Opera," and the list goes on.

After his retirement, his love of theater continued, and he both acted and directed. He was the voice of George Eastman in a PBS documentary.

Rob was an avid gardener and was included in the Monroe County Garden Club tour. He loved to travel, immersing himself in different cultures. Rob had a passion for languages and spoke fluent German, studied Italian during his year-long sabbatical in Italy, and navigated French and Spanish with aplomb. While living in Reggio di Calabria, he translated Italian art-piece descriptions into English for their museum.

He did extensive genealogical research on his family in the United States and Germany, visiting rural churches and reading baptismal records. His research extended back to the 1500s. These efforts produced a detailed book of his ancestry encompassing not only his immediate family, but the families of his siblings and grandchildren.

He was a deeply spiritual human being and a founding member of what is now The Unitarian-Universalist Fellowship of the Poconos, being actively involved until his death. Preceding him in death was his former wife, Joan Puknat Howell, mother of his two children. Surviving are his partner of 38 years, Anne Tiracchia of Stroudsburg; two children: Suzanne Howell Bennett of Brandon, Vt., and Robert Jason Howell and his wife, Christine, of Methuen, Mass.; Anne's children: Nicholas D. Ray and his wife, Helene, of Roquefort-les-Pins, France; and Lucia M. Ray of Lund, Sweden; his sisters: Jeannette Potts of York, and Joy Worontzoff and her husband, Edward, of Waynesboro, Va.; his brother, Theodore Howell and his wife, Rebecca, of Flat Rock, N.C.; his grandchildren: Olivia Alma Gaissert and Nathaniel Robert Gaissert of Brandon, Vt.; Robert Liam Howell, Siobhan Delia Howell and Owen Marshall Howell of Methuen, Mass.; and Alexander D. Ray and Marianne C. Ray of Roquefort-les-Pins, France; and numerous nieces and nephews. He was a wonderful father and will be remembered with love by his family, as well as by the many people whose lives he touched.

The memorial service will held at 1 p.m. Saturday, April 12, at Cecilia Cohen Recital Hall, Fine and Performing Arts Center of East Stroudsburg University. Officiating will be the Rev. Kim D. Wilson of the Unitarian-Universalist Fellowship of the Poconos. Interment will be private and at the convenience of the family.

Is Rob your relative? Please don't go away!

ask our community of genealogists a question.
Sponsored Search by Ancestry.com
DNA
No known carriers of Rob's DNA have taken a DNA test. 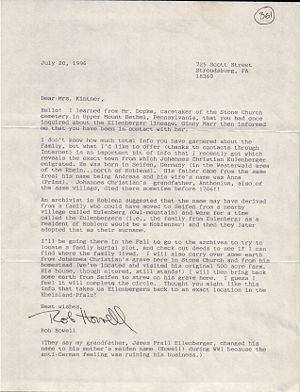 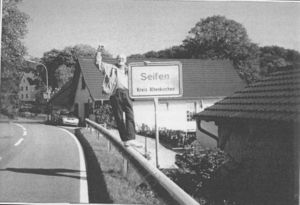 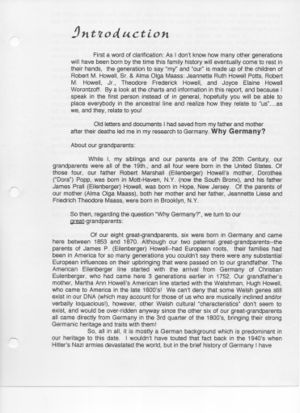 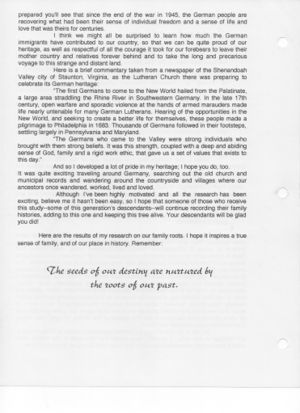 The Wied River in the Westerwald 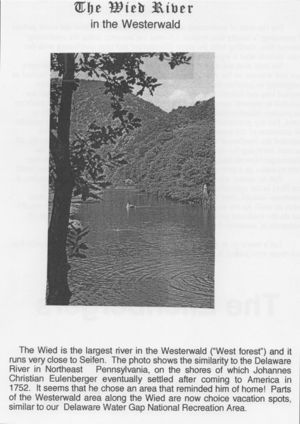 I live in Berks County, PA and saw that you had posted info on Martin Gerrets. Do you have a family connection to him? I have been working on the Gerrets/Geres/Gehris families for the past 30 years and came across the Gerrets info on a trip to The Pfalz area about 15 years ago and have connected to that family. Roy Gehris

The Donna Kozlowski (Kelliher-11) was born in 1959 and thus is not the same person you were inquiring about who was born in 1947. Thanks for asking.

No, I actually live in Arkansas! However, my particular line of the Cohoe clan did return to the States in the mid 1800's. I have visited Ontario, and Niagara, and it's quite beautiful. If I ever find more on Levi Howell, I will be sure to pass it on, just for reference! Thanks!

My Levi Howell is married to Catherine Ostrander who was born in Canada in 1800. She is not a direct line ancestor of mine. I have not completed all the merges and additional info needed as I have only just uploaded my tree. I, obviously, have quite a bit of work to do on my tree. I do believe the Ostranders and the Cohoe's migrated to Canada together in the late 1780's.

WE are related through the husband of one of my cousins (his name is Possinger). Since I have been having trouble getting information on my direct line, I have been searching out other remote (marriage) lines. I currently have over 2000 names in my tree. I don't update WikiTree too much because there is so much information I've been gathering on Ancestry.Com, where I do most of my research, that it's hard to update, and they don't allow upload updates. I wish they would just let me worry about the update matches. Anyway... I hope that helps you.

I'm not really too familiar with that area. Honestly, I just researched the data, making sure it was as accurate as possible. But, since the Illick's aren't really in my direct line, I don't pay a lot of attention to them. We are related through a marriage, somewhere. I think it's the Possinger line, but I'm not sure, I'd have to look it up.