William was born in 1796. William was the child of Richard Howell and Keziah Burr. William passed away in 1863. [1]

Here is a Letter from Capt. White Youngs to Com. Thomas MaCDonough

United States Ship Saratoga, Lake Champlain , SIR , September 13, 1814 . I have the honor of enclosing to you a list of killed and wounded troops of the line ( acting marines, on board the squadron , Lake Champlain ) in the action of the 11th instant. In attempting to do justice to the brave officers and men I have had the honor to command, my feeble abilities fall far short of my wishes-- First Lieut. Morrison , 33d infantry, stationed on board the U. S. brig Eagle, was wounded , but remained on deck during the action, animating his men by his honorable conduct. Second Lieut. James Young , 6th infantry , on board the U. S. schooner Ticonderoga, merits my warmest thanks : I would particularly recommend him to your notice. Second Lieut. William B. Howell, 15th infantry in the U. S. ship Saratoga, rendered me every assistance ; notwithstanding his having been confined, for ten days of a fever, yet, at the commencement of the action , he was found on deck , and continued until the enemy had struck , when he was borne to his bed . I would also recommend him to your notice. The conduct of the non -commissioned officers and privates was so highly honorable to their country and then selves, it would be superfluous to particularize them .

This letter is from Jefferson Davis to William Howell.

To William B. Howell

I am in receipt of yours of the 16st Inst enclosing a check for three hundred dollars drawn by Pickett, McMurdo & Co. in my favor, on Saml. Harris & Sons.

The proceeds will be placed at the disposal of Mrs. Howell as instructed. Present circumstances render it difficult to say when and by wha[t] route she had best return home. The western rivers are too low to be relied on and Fever and Cholera combine to render that route objectionable. The sea voyage would bring them throug[h] a tropical climate to your city fro[m] which it appears the yellow fever h[as] not entirely disappeared and the se[ason] is such as suggests rough weather off the Atlantic coast. The Southern or Rail Road route has such frequent changes as to be scarcely suitable for a Lady with helpless children. It has seemed to me proper under this stat[e] of case to delay for a while the contemplated journey, but I will confer more fully with Mrs. H. and advise you before any action is take[n.]

I must ask your forgiveness for my failure to reply at an earlier date to your’s of the 16th Ult. and can only say in extenuation that I should have been more prompt if I had been able to make a definite or important reply. The Post Master at New orleans has not been removed and I have not learned that it had been decided to remove him. Mr. Nevitt wrote to me on the subject and I referred his letter to the P.M. Genl. with such an endorsement in relation to Mr. N’ character and position as information derived from you and others justified. The office as you are aware has no official relation to the War Dept. and I could not give any assurance as to the selection which would be made in the case of a new appointment. Several persons of much influence have been strongly recommended as a su[c]cessor to Mr. Kendall and if Mr Nevitt wishes to be considered as a Candidate it would be well for him to send on his recommendations and have them on file in the event of a vacancy.

Mrs. Howell is in better health than when she arrived, the children have improved more than their Mothe[r.]

Varina is not well, for some time past has suffered greatly fro[m] a nervous cough and is subject to painful depressions the consequence [of?] irreparable grief.

I hope William will have returned to New Orleans before this reaches and have received the promotion which I have learned is designed for him. The duty on which he went to Arkansas was important and difficult beyond the trusts usually confined to persons of his age, but I anticipate success and increased consideration for him as the result. I have much confidence in him and look forward to his future career as likely to be you asource of pride and pleasure.

From The Papers of Jefferson Davis, Volume 5, pp. 91-92. Transcribed from privately owned original. 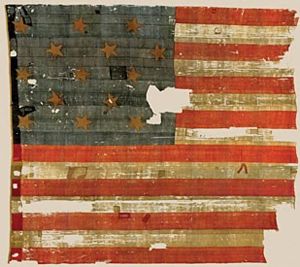 History of the Upper Ohio Valley, with family history and biographical sketches Pages 328-330 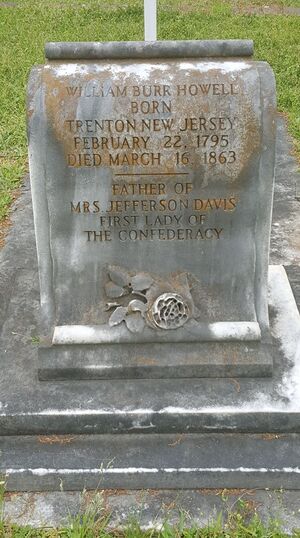 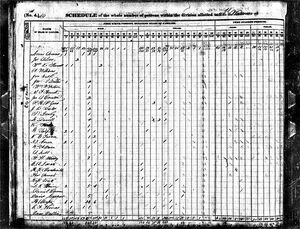 Leave a message for others who see this profile.
There are no comments yet.
Login to post a comment.
Kylie Howell
Trying to find out how I'm related to William Burr Howell. Hope this helps!
posted Apr 07, 2022 by Kylie Howell