Horace was born in Cambridge, Massachusetts.

In the 1900 census, the 17-year-old Horace is living with his father John, stepmother Ida, and older brother Jack in Somerville, Mass. This lists his birthday as June 1882. It also says he was working as a clerk in a hardware store.

In the 1910 census, there is a 27-year-old "Charles" living with the family in Somerville. Since no other information about a Charles Howes is known, and this son would be the same age as Horace, it's probably him. This son was working as a machinist in a machine shop.

His World War I draft card has him living at 475 Pleasant Street in Stoughton, Mass., with his wife Estelle May Howes and working as an auto repair man for the Plymouth Rubber Company.

At the time of the 1920 census, Horace and Estelle were living in Waltham with their five children, 17-year-old sister-in-law Marion Simmonds, and as if that weren't enough, a boarder. Horace was working at a garage.

From Karen Krantzberg: "I know that he was a machinist, that his parents and elder brother Havelock (Harry) were born in Canada. I found him in 1920 and 1923 Waltham, MA city directories, and he apparently owned his own garage with another guy named Starr (the shop was called "Howes & Starr")."

At the time of the 1930 census, the 47-year-old Horace was living with his five children in East Kingston, New Hampshire. Estelle was not listed, she died that year.

His 1942 draft card has him living in Newton Junction, New Hampshire, with Anna M. Howes. Was this his second wife? He was working at the Lawrence Machine and Pump Corp. on Market Street in Lawrence, Mass.

Peg (Oldford) Nelson says that Jim and Elsie Howes bought the cottage in Maine from Horace.


Memories: 1
Enter a personal reminiscence or story.
Ted Whitten
According to Jack Howes, when Jim & Elsie first bought the cottage (at Lake Keewaydin, E. Stoneham) in Maine in the early 1950s, they bought the cottage and the house across the street (a 10 room house that Jack says had a fireplace in every room) together for about $2000.00 - $2500.00. They rented out that house for $25.00 / month, and Horace rented the cottage directly to the right of Jim & Elsie's lakeside cottage (although that cottage was owned by someone else). Later (early 1960s perhaps, when Jack was 16 or 17) he remembers he and his brothers, with their Dad as 'lead', tearing down the 10 room house across the street and building a new house there, which they sold to Horace. Then they bought the property to the left of that for the trailer.
posted 23 Feb 2017 by Ted Whitten   [thank Ted]
Login to add a memory.
Is Horace your ancestor? Please don't go away!

ask our community of genealogists a question.
Sponsored Search by Ancestry.com
DNA Connections
It may be possible to confirm family relationships with Horace by comparing test results with other carriers of his Y-chromosome or his mother's mitochondrial DNA. However, there are no known yDNA or mtDNA test-takers in his direct paternal or maternal line. It is likely that these autosomal DNA test-takers will share some percentage of DNA with Horace: 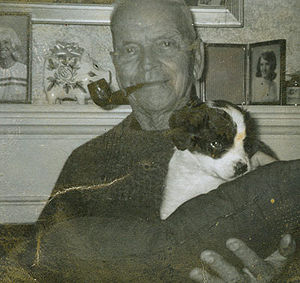 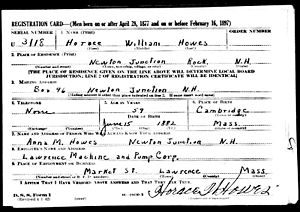 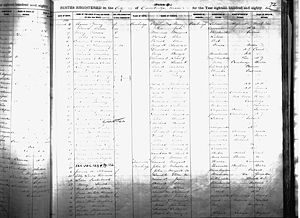 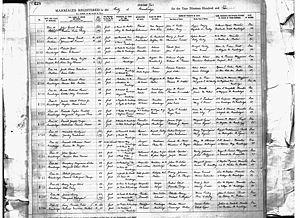