In 1924, that astronomer Edwin Hubble announced his discovery of the first galaxy outside our Milky Way.

Hubble had studied law at Oxford, following his dying father's wishes, but returned to the United States in 1913 with no real drive to continue in the legal profession. He went to graduate school to study astronomy instead, and finished his doctoral dissertation just before he enlisted to serve in the First World War. His dissertation was on nebulae: cloud-like formations in space.

After the war, George Ellery Hale invited Hubble to join the staff of the Mount Wilson observatory in California; there he would work with their new 100-inch Hooker Telescope, the largest telescope in the world at that time. Hubble agreed to come to Mount Wilson to continue his work on nebulae.

Hubble was studying the Andromeda and Triangulum nebulae, which he thought at first were star clusters in our galaxy, the Milky Way. At that time, most astronomers believed that the Milky Way galaxy was the only galaxy in the universe. As Hubble looked closely at Andromeda, he discovered that one of its stars was what's known as a Cepheid variable: a kind of star that was very bright and pulsed at regular intervals. Cepheid variables can serve as a "yardstick" to mathematically calculate distances in the universe. Hubble calculated the Cepheid to be almost a million light years away, which would place it well outside the farthest stars in the Milky Way. He speculated that Andromeda was not a nebula at all, but another entire galaxy separate from our own. Further discoveries of dozens of additional Cepheids reinforced his findings that ours was just one of many galaxies in the universe.

The New York Times was the first to publish Hubble's findings; he didn't present a formal paper to the American Astronomical Society until the following January. The newspaper reported that "the results are striking in their confirmation of the view that these spiral nebulae are distant stellar systems."

Hubble was only 35 when he made the discovery that expanded the known boundaries of the universe. He opened the door for the discovery of many galaxies outside of our own — and discovered 23 of them himself. He was also the first to suggest that the universe is expanding. His peers scoffed at the idea, but Stephen Hawking has since called it "one of the great intellectual revolutions of the 20th century." Hubble's work set the stage for the future development of the Big Bang theory of the origin of the universe. He lobbied for many years to make astronomy a branch of physics rather than a separate area of study, so that astronomers such as himself could be recognized for the Nobel Prize in physics. The Nobel Committee eventually agreed that astrophysicists were eligible for the prize, but Hubble had died by this time, and his work was never recognized by the Committee. In 1990, a new telescope was launched; built to orbit the Earth and take photographs and measurements deep into the reaches of the universe, it was called the Hubble Space Telescope.[1]

Is Edwin your ancestor? Please don't go away!

ask our community of genealogists a question.
Sponsored Search by Ancestry.com
DNA
No known carriers of Edwin's ancestors' DNA have taken a DNA test. 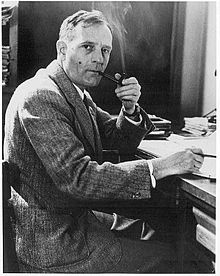