Edward Robert Hughes was born in Clerkenwell, London on 5th November 1851. [1] His father, also Edward Hughes, was a commercial clerk in the India trade. He had one brother, William Arthur Hughes, two years younger than himself. Edward grew up to become an artist, and William grew up to be a frame maker (gilder).

At the time of his birth in 1851 his parents were living at 29 Wilmington Square in Clerkenwell, London[2]. His father was listed as the Clerk to a Turkey Merchant.

In 1861 the family were living in 8 Havelock Terrace, Downham Road, Islington with his brother, William Arthur, aged seven[3]. His father was listed as a Commercial Clerk in the East India Trade. The family also had with them his uncle, Charles Foord, visiting and listed as a painter and another commercial clerk as a boarder together with one serving girl.

In the 1860s, Edward lived often with his uncle, Arthur Hughes, the Pre-Raphaelite artist[4] who encouraged his artistic inclination. He learnt from his uncle and was also enrolled at Heatherleys. It was at Arthur's house in Putney that he was registered when he joined the Royal Academy Schools in 1868, aged 17.

In the 1870s Hughes seems to have worked diligently as a portrait painter, a task he was perfectly competent at but found diificult due to the people he had to deal with[4]. It remained his chief source of commissions for the rest of his life.

His father died in September 1875 in Wallington Bridge, Surrey. He was just 48 years old. He was buried in Brompton Cemetery in London on 25 September 1875[6].

In 1881 the family had not moved far, across the road at 43 Beaufort Street[7]. Edward is now listed as a Portrait Painter and William as a Frame Maker (gilder). Harriet, their mother, is listed as Annuitant. Also there is his cousin. Emily Hughes (19), a visiting friend of Harriett and one serving girl.

Edward married Emily Eliza Davies in 1883 in St George's, Hanover Square in London[8]. She was 10 years older than him, so about 41 when they married, and they had no children.

In 1891[9], they were living together in her mother's house at 95 Cheyne Walk, Chelsea, just around the corner from Beaufort Street. It is a beautiful house facing the Thames and is still there today. Also there were Emily's priest brother, her sister, and four servants. Edward was listed as 'Artist Painter'.

In that year Hughes was elected an Associate Member of the Royal Watercolourists Society (RWS). He would exhibit there every year for the rest of his life[4]. For his full membership he chose to exhibit an illuctration from a poem by Christina Rossetti, 'Amor Mundi'. It is a masterpiece of Symbolist art and is still recognizably Pre-Raphaelite.

By 1901[10], Edward and Emily were living at 8 Edith Villas in Fulham with one servant. He is using the home as his studio.

In 1902, to mark the coronation, the RWS gave Edward and Alexandra a painting by Hughes: 'A Witch'. It is still in the Royal Collection[4].

Around this time Hughes was also acting as an assistant to William Holman Hunt whose eyesight was failing due to glaucoma[4]. Much of the work on his late masterpieces The Light of the World in St Paul's Cathedral and The Lady of Shalott are recognizably by Edward. He was also painting water-colours including his most famous works.

He died in St Albans, Hertfordshire in April 1914, aged 62[12] as a result of appendicitis at his home at 3 Romeland, adjacent to the cathedral. His funeral was held in the packed cathedral[4] and he was buried in the Hatfield Road Cemetery in that city[13].

Images: 6
Night with Her Train of Stars by Edward Robert Hughes 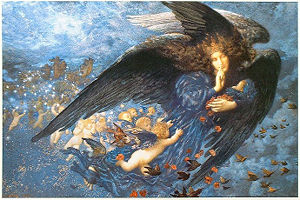 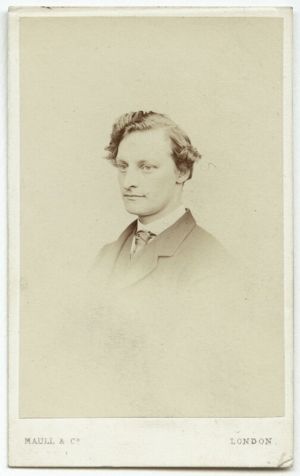 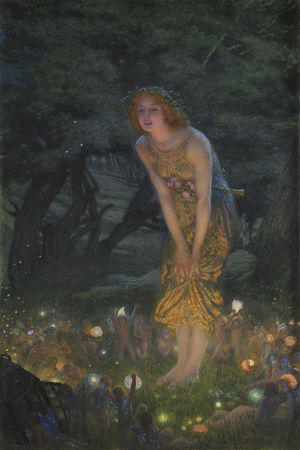 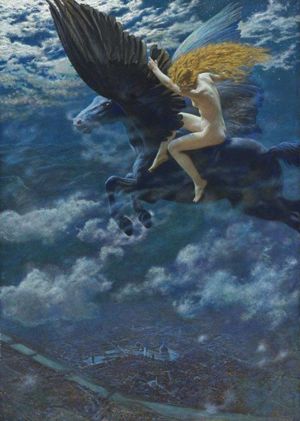 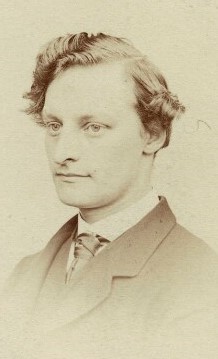