Everette Howard Hunt Jr. (October 9, 1918 – January 23, 2007), better known as E. Howard Hunt, was an American intelligence officer and published author of 73 books. From 1949 to 1970, Hunt served as an officer in the Central Intelligence Agency (CIA). Hunt was one of Nixon's plumbers, along with G. Gordon Liddy, Frank Sturgis, and others. They were charged with identifying government sources of national security information "leaks" to outside parties. Hunt and Liddy plotted the Watergate burglaries and other clandestine operations for the Nixon administration. In the ensuing Watergate scandal, Hunt was convicted of burglary, conspiracy, and wiretapping, eventually serving 33 months in prison.

Hunt was born in Hamburg, New York, United States, the son of Ethel Jean (Totterdale) and Everette Howard Hunt Sr., an attorney and Republican Party official. He graduated from Hamburg High School in 1936 and Brown University in 1940. During World War II, Hunt served in the U.S. Navy on the destroyer USS Mayo, the United States Army Air Corps, and finally, the Office of Strategic Services (OSS) in China.

Hunt was played by Ed Harris in the Oliver Stone film, Nixon.

Hunt and singer Harry Chapin were 9th cousins, once removed.

Is E. Howard your ancestor? Please don't go away!

ask our community of genealogists a question.
Sponsored Search by Ancestry.com
DNA
No known carriers of E. Howard's ancestors' DNA have taken a DNA test. 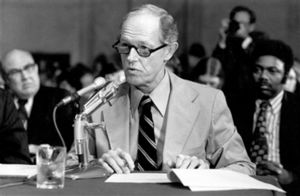 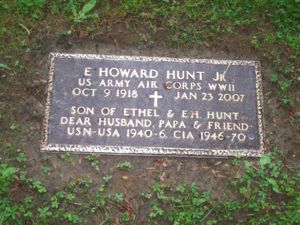 E. Howard is 24 degrees from Danielle Liard, 18 degrees from Jack London and 19 degrees from Henry VIII of England on our single family tree. Login to find your connection.