William was a Friend (Quaker)

William was born in 1733, the son of William and Mary Woolman Hunt. He was a Quaker minister, and began his ministry at the age of 20. In 1752 he settled near New Garden, Province of North Carolina.[1] Cane Creek MM records that he married Sarah Mills in 1753.[2] He traveled to Virginia, the Carolinas, then in the New England states. He visited England on a religious tour of Europe and, while there, contracted small pox and died in 1772.[3] He was buried in the Friends burial ground at Newcastle-on-Tyne. A cenotaph monument was erected at New Garden Friends Burial Ground, Greensboro, Guilford County, North Carolina.[4]

Birthplace is not supported, and is thus marked uncertain. One of the merged profiles gave an alternate birthplace (Rancoacas, Burlington, NJ), also without support. Two Find a Grave memorial pages have multiple conflicts and one shows him born New Jersey, the other Pennsylvania. Neither provides a source citation. An image of the watershed of the Moncacy (Monoquacy) River in Maryland and Pennsylvania has been included to show possible birth places if he was "of Monoquacy".

The original Quaker record (image at Ancestry) from the Cane Creek Monthly Meeting (Alamance, North Carolina) shows them "left at liberty" to marry at the meeting of 1 Sep 1753. At the meeting of 6 Oct 1753, Quakers assigned to attend the marriage reported it had been "orderly accomplished." So the marriage took place between those two dates, but the exact date is unknown. I have used the second date (reported accomplished), but have marked it as uncertain for the above explained reasons.

Note that Alamance is currently in Alamance County, but that county was formed in 1849 from the western third of Orange County. At the time of their marriage, it was still Orange County.

An alternate marriage date/place was also given on one merged profile (April 6, 1753, Cane Creek, Mitchell, NC). The Quaker records above prove this to be an error.

The profile with the New Jersey birthplace also gave his place of death as Northumberland, England, again with no supporting source (see below).

LATER: Place of death was apparently in England. A memorial stone (image at Find a Grave) was erected by his descendants in 1935. The information on the stone, and the two duplicate memorial pages on Find a Grave, confuse the issue of exactly where in England he died, and where he was buried.

The second page gives his burial place as Quaker Burial Ground, Barking, London Borough of Barking and Dagenham, Greater London, England. This seems unlikely since London is nearly 300 miles (500 km) south of Newcastle upon Tyne. The bio section of this page also states that he was buried in Newcastle-on-Tyne, contradicting the data entered below it. 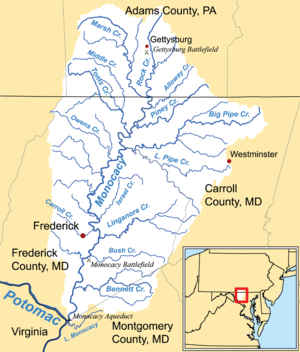 Leave a message for others who see this profile.
There are no comments yet.
Login to post a comment.
Phillip Rich
Hunt-10838 and Hunt-28 appear to represent the same person because: Clearly duplicates.
posted Dec 04, 2016 by Phillip Rich

Bruce Porter
Hunt-10873 and Hunt-10838 appear to represent the same person because: ,,, We may need to mark birthplace as uncertain, unless we can resolve the difference.

Fred Remus III
Hunt-4559 and Hunt-28 appear to represent the same person because: This was previously rejected but, despite differences, they are the same person.

The PA birthplace is marked as uncertain on Hunt-28. I'm not sure where he was born, or his exact birth date, but this William Hunt (both profiles) is the one who was a Quaker at the New Garden Mtg. in NC. His wife was Sarah (Mills?) Hunt and all of the children on both profiles can be found in Hinshaw's Quaker Records, v. 1 (NC), p. 503, with matching birth dates. Both profiles are also connected to the same wife (Mills-8).