But it seems even more likely that he was Thomas Hunt (son of Tho Hunt) baptised 14 Feb 1612/3 at Titchmarsh, Northamptonshire.[3] Titchmarsh is even closer to Keyston than Pilton is. There’s a burial 8 Jun 1619 at Titchmarsh for Thomas Hunt;[4] it could be either father or son. If it was immigrant Thomas Hunt’s father, it could explain why he became an indentured servant. Thomas Hunt who was buried in June 1619 is most likely the father, because the youngest child of this family was baptised in February 1618/19. Like Pilton, Titchmarsh is close to Keyston, Thrapston, Sudborough, and Islip (mentioned in John G. Hunt).[5]

Thomas is a common name in this Hunt family, but it appears Thomas the immigrant doesn’t have any children or grandchildren named Richard or Dorothy. This too makes it more likely that the immigrant was Thomas Hunt (Jr.) of Titchmarsh.

The existence of these two records doesn’t mean that immigrant Thomas Hunt’s father was either Thomas Hunt of Titchmarsh or Richarde Hunt of Pilton. However, it very interesting to note that Edward Jones of Titchmarsh appears in an 1639 apprenticeship record at Boston. There are no similar records of anyone coming to New England from Pilton.

Note: Northamptonshire is the neighbouring county of Huntingdonshire.

Thomas Hunt, the “Immigrant,” was born about 1613-1615, in the vicinity of Keyston, Huntingdonshire (now Cambridgeshire), England.[6][7][8] Other birth place possibilities are the neighbouring towns of Thrapston, Sudborough, and Islip, all in Northamptonshire, England.[5]

Thomas Hunt immigrates in 1639 from England to the New Haven Colony as an indentured servant to William Leete of Keyston.[7] William Leete lived at Keyston, Huntingdonshire after his marriage to Ann Pain in 1636.[9] Leete and company sailed from London, England about 20 May 1639 and arrived at Quinnipiack, Connecticut between the 6th and 10th Jul 1639. They settled at New Haven, about 16 miles away.[10] (Thomas Hunt’s name does not appear in ships’ passenger lists, or Anderson’s The Great Migration Directory, 2015.)[11] Thomas is admitted to New Haven "on sufferance," probably because he is a strong supporter of the Church of England.[5][7][8] William Leete goes on to serve as Governor of the Colony of New Haven from 1661 to 1665 and Governor of the Colony of Connecticut from 1676 to 1683.[12]

Sycillie Clark arrived in Boston on the ship Planter in 1635, at age 16, with the Tuttle family, with whom she moved to New Haven Colony in 1639. Since the Tuttles came from Ringstead, Northamptonshire, it seems that Sycillie was from there as well, and may have been a servant to the family.[16]

Following is a timeline for Thomas and Cicely Hunt:[5][7][8]

1 Mar 1643 - Goodman Hunt and his wife are banished from the New Haven Colony because of their friendship with William Harding, a local sawyer who had been banished by an earlier court for his lewdness.[5][17]

"Goodman Hunt and his wife for keepeing the councells of the said Willaim Harding, bakeing him a pasty and plum cakes, and keeping company with him on the Lords day, and she suffering Harding to kisse her, they being onely admitted to sojourne in this plantation upon their good behavior, was ordered to be sent out of the town with one moneth after the date hereof, yea in a shorter time, if any miscaryage be found in them."[17]

Mr. Harding himself is convicted of

“ a great deale of base carryage and filthy dalliances with divers yong girles, together with his inticeing and corrupting divers servants in this plantation, haunting with them in night meetings and juncketting, etc."[17]

Soon after 1 Mar 1643 - Thomas and Cicely Hunt are residing in Stamford, Connecticut.
1652 - Thomas first appears on record at Rye, New York.
1658 - The family moves to Newtown, now Elmhurst, in the New York City borough of Queens.
1660-61 - The family is still in Newtown, and Thomas is found in records of Stamford in 1660.
1663 - The family returns to Westchester in Connecticut (which later becomes part of the borough of the Bronx, New York City), where Thomas and his son Josiah are among the founders of St. Peter's Church.[7] That same year, Thomas is made a “freeman” of Westchester by the Connecticut general court (Westchester at that time was claimed by Connecticut).[18]
1663 - Thomas Hunt is listed as a "freeman" at Rye.
1664 - Thomas Hunt is elected representative of Rye.
1665 - Thomas Hunt is at court, vs. Pomoquecee Indians in an action of taking a canoe.
1670 - Thomas is at court again, when he accuses "in the behalf of the town" a woman, Harryson, of being a witch, which is eventually ordered off.

In 1652, Thomas Hunt purchases fifty morgen of land, known as Throckmorton's Neck from Augustine Hermans, who had bought it from the original owner, John Throckmorton. Under Hunt’s ownership, it becomes known as Grove Farm. This property, appoximately 106 acres, is patented to him by Governor Richard Nicholls of New York, 4 Dec 1667.[7]

Thomas Hunt Jr. came in possession of half the lands in West Farms by marriage to Elizabeth, daughter of Edward Jessup.[15] This property is held by his descendants for one hundred and sixty years. On the extremity of Hunt's Point is the ancient burial ground of the family. It is made famous by being the last resting place of poet Joseph Rodman Drake.[21]

Last Will and Testament

Thomas made his will on 6 Oct 1694 at Grove Farm, Throgs Neck, Westchester County, New York. In this will, proved on 27 Feb 1694-5 at New York City,[21][22] are mentioned four sons: Thomas (the eldest), Joseph, John, and Josiah; a daughter, Abigail Pinckney; a granddaughter Abigail, the child of Thomas; and three chlldren of Josiah: grandson Josiah, to whom he bequeaths the Grove Farm; and granddaughters Abigail and Martha.[15][21]

Thomas Hunt left his Grove Farm to his grandson Josiah who left it to his son Jacob who died without heirs and title passed to Jacob's brother Caleb and then to Caleb's son Gilbert, who died without children leaving a Will which authorized his mother, brothers, and unmarried sisters to live on the farm for 12 years after which it was to be sold and the proceeds divided. The property was sold by Gilbert's brother Marmaduke in 1760, and then purchased in 1775 by John Ferris who was married to Marianne (usually seen as Miana or Myana) Hunt.

As noted in the comments section, Y-DNA results are now available and show that this Hunt family is part of Haplogroup I-M253. Source: Group 027, line 14: https://www.familytreedna.com/public/Huntsurname/default.aspx?section=yresults

Suggestions of connections to a Thomas Hunt, prominent in Shrewsbury, Shropshire[23] are not evidenced by any persuasive sources.

Some sources show Cicely's maiden name as Pasely, but research has produced no evidence of a Cicely Pasely or any other name variations. It has been noted that Thomas came to this country as an indentured servant, and Cicely may also have been a servant. Both people Thomas and Cicely were associated with lived in New Haven by 1639. Circumstantial evidence makes the Hunt Clark marriage a likely scenario. It is a known fact that Thomas married a woman named Cicely. 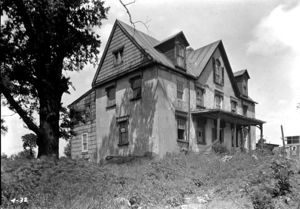 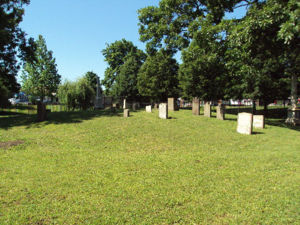 Leave a message for others who see this profile.
There are no comments yet.
Login to post a comment.
Richard Hunt
This is perhaps a bit off subject but wondered how many knew that we are distantly related to Lucille Ball? If I remember correctly it is through Thomas Hunt's son Joseph. Lucy's mother was Desiree Hunt. She's something like an eighth cousin, which may explain why I never received a Christmas card from her.
posted Sep 22, 2019 by Richard Hunt
Kenneth Kinman
Followup:

I am now even more convinced of a Titchmarsh connection for our Hunts. Dorothy Tuttle (of the Tuttles connected with Cicely Clarke-Hunt) was married to James Bill (of Ringstead), whose father Robert Bill was born at Titchmarsh. This clearly shows a connection between Ringstead and Titchmarsh. Thomas Hunt very likely knew Cicely Clarke before they left England.

posted Sep 21, 2019 by Kenneth Kinman
Kenneth Kinman
After doing more research, I decided to detach Richard Hunt and Dorothy Swales as his uncertain parents. Instead I have created a profile for Thomas Hunt of Titchmarsh and attached him as the uncertain father. Especially when I found that there was a 1639 apprenticeship record in Boston for an Edward Jones of Titchmarsh. But there are no known immigrants to New England from Pilton. This also would explain why Thomas Hunt the immigrant had no children or grandchildren named Richard or Dorothy.
posted Sep 21, 2019 by Kenneth Kinman

Sara Mosher
Turns out, Im related to Governor William Leete. Will be working on his profile next.
posted Sep 20, 2019 by Sara Mosher

Sara Mosher
Thanks for clarifying that source, Ken. Luckily, I found a free source. We cant say for sure if Richarde Hunt or Thomas Hunt is father of immigrant Thomas Hunt. Ive added Disputed Parents to his profile.
posted Sep 20, 2019 by Sara Mosher
Kenneth Kinman
Hi Sara,

I have created a profile for Richard Hunt of Pilton and attached him as the "uncertain" father of Thomas Hunt. Information about Richard Hunt and Dorothy Swales can thus be added to that profile. By the way, they were married at Pilton on 08 March 1606.

Thomas Hunt (baptized 1613, Pilton, Northamptonshire) is most likely the immigrant ancestor, and being from a poor family, he became an indentured servant to William Leete of Keyston (just 5 miles away). I have added this information to the biography.

posted Sep 18, 2019 by Kenneth Kinman
Richard Hunt
I couldn't ever find any evidence of Hunt's in Keyston but did find a Thomas Hunt who was born in 1613 in Pilton, which is not too far from there. His parents were Richard and Dorothy Swales who I believe were married about 1607. This Thomas had five or six siblings, none of which survived into adulthood. The only mention I could find of Thomas was his birth, no death was mentioned so he appears to have left the area. Richard died according to church records, "a poore man".
posted Sep 18, 2019 by Richard Hunt