Ion Idriess OBE was one of Australia's finest authors, known for his narrative, story style of writing. His contribution to Australian publishing and literature was profound. He established a form of writing which continued to flourish in the work of such authors as Frank Clune and Colin Simpson.

Idriess's combination of the bush yarn and historical or geographical subjects brought a new vision of Australia to its city-bound readers.

Born Ion Windeyer Idriess on 20th September 1889 at Waverley, on Sydney's southern seaboard, New South Wales, Australia, Ion was the only son and eldest of four children of Walter Owen Idriess, a sheriff's officer from Wales, and his New South Wales-born wife, Julia Windeyer Edmonds.[1] At some point very early in life he altered his middle name from Windeyer to Llewellyn. He also preferred to go by the name 'Jack'. His family travelled much as he was growing up: from Sydney to Tenterfield to Lismore and Grafton to Tamworth and to Broken Hill. Jack lost his mother to typhoid at Broken Hill when he was just fifteen years old.

Sent to his step-grandparents in Sydney, Jack soon found work on a paddle-steamer on the Sydney to Newcastle run. The ocean may have been wide, but he soon yearned for the wide spaces of Australia's "outback". Escaping his step-grandmother a second time, Jack worked in the western districts of New South Wales as a rabbit poisoner, boundary rider and drover. He also worked as a shearer and dingo shooter. The opal mining at Lightning Ridge drew the young man; before heading to North Queensland to search for gold and tin, and harvesting sandalwood. He travelled extensively throughout Cape York Peninsula, often with Aboriginals, beginning his lifelong interest in their customs, and then on to the cattle stations of the Gulf of Carpentaria. His interest in journalism was whetted at this time, writing short pieces for The Bulletin about life on the opal fields.

Jack Idriess OBE is an Anzac who served in World War One.
Jack Idriess enlisted on 26th October 1914 in the Australian Imperial Force to serve his country in The Great War. [2] He sailed from Sydney on 21st December 1914, disembarking in Egypt on 1st February 1915. [3] He was a trooper in the 5th Australian Light Horse Regiment, 2nd Light Horse Brigade, seeing action at Gallipoli and in Sinai-Palestine. The 2nd Light Horse Brigade landed at Gallipoli in late May 1915 and was attached to the 1st Australian Division, Australia & New Zealand Army Corps (ANZAC). The regiment played a mostly defensive role throughout the Gallipoli campaign but was involved in several minor attacks. Jack was wounded for the first time at Gallipoli. The regiment left the Gallipoli peninsula on 20th December 1915.

Jack Idriess OBE was Wounded in Action at Gallipoli and at Gaza during The Great War.

Back in Egypt, the 2nd Light Horse Brigade became part of the ANZAC Mounted Division and in February 1916 joined the forces defending the Suez Canal from a Turkish advance across the Sinai Desert. The 5th Regiment's main activity in the Sinai was long-range patrolling. The ANZAC Mounted Division advanced into Palestine in late December 1916. The regiment participated in all three battles aimed at capturing Gaza, most notably the first abortive attempt on 27th March 1917. On this occasion the 5th attacked Gaza from the rear and was fighting its way through streets and gardens when ordered to withdraw. Jack was wounded again in the fighting after the final battle of Gaza. [4] This time his wound was sufficient to be invalided home. He began the long voyage to Australia on 15th February 1918.

After convalescence, Jack entered several great adventures: surveying and exploring parts of Cape York, travelling with pearlers and missionaries in Torres Strait and then turning to gold mining in New Guinea, buffalo shooting in the Northern Territory, and exploration in Central and Western Australia. The restlessness continued for some ten years before, approaching 40 years of age, Jack settled back in Sydney, where he began to write as a freelance writer and journalist. He certainly had many exciting things to write about.

It was in Sydney in 1931-32 that he met and began a de facto relationship with English emigrant Eta Morris. The couple had two daughters but the relationship has been described as a 'love-hate relationship': [5]

Eta left Jack in the mid-50s, moving in with another man. About eight years later she returned, probably about the time Jack had a stroke (1964). [5]

Idriess' writing style drew on his real-life experiences as a soldier, prospector, and bushman. He wrote on a multitude of topics, including travel, recollection, biography, history, anthropology and his own ideas on possible future events. His books were generally non-fiction, but written in a narrative, story style. Julian Croft noted, "Together with a belief in the heroic went a belief in the social and economic development of Australia". Idriess was a prolific writer, completing over 45 works at a rate of more than one per year, many of which have been categorised amongst Australia's classic writings; just to mention a few:

Volume I: Flynn of the Inland, The Cattle King and Lasseter's Last Ride;
Volume II: The Desert Column, Lightning Ridge and The Silver City.

A specialist set of handbooks was written for the Australian Army during the years of the New Guinea and Islands campaign:

Jack also wrote two very popular propaganda pamphletts. The first, Must Australia Fight? was distributed at the commencement of the Second World War and dealt in brief with the issues he had raised in his book of the same title. The second, Onward Australia, was distributed at the end of the war, covering post-war development, and Australia taking its role in the region and the world.

Retirement, and closing the book

Jack's writing was curtailed from 1964 as a result of his stroke. He remained available though for comment on contemporary affairs; his insatiable interest in history continuing unabated.

In 1968, Ion Idriess was recognised for his services to literature when he was appointed Officer of the Order of the British Empire (OBE). [8]

Three months short of his 90th birthday, Ion Idriess passed away on 6th June 1979 in a nursing home at Mona Vale, on Sydney's northern seaboard. [9] Eta refused to attend his funeral. [5]

ask our community of genealogists a question.
Sponsored Search by Ancestry.com
DNA
No known carriers of Jack's DNA have taken a DNA test. 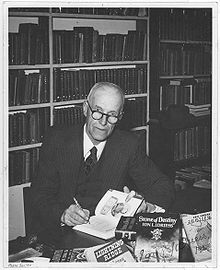 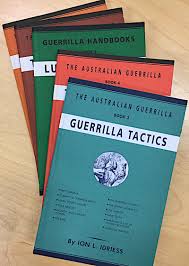 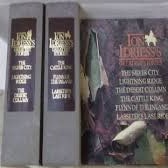 Leave a message for others who see this profile.
There are no comments yet.
Login to post a comment.
Mark Rogers
In his book "Monash: the Soldier Who Shaped Australia" [ISBN: 978 0 7333 3353 8], Grantlee Kieza states that Ion Idriess was (sometime) spotter for the legendary sniper Billy Sing while at Gallipoli (p.277). He quotes Idriess, but the online source he references (from the Imperial War Museum) no longer seems to be available.
posted Aug 15, 2021 by Mark Rogers