Charles Phillip Ingalls was born 10 January 1836 in Cuba, New York. He was the second of nine children born to Lansford Whiting Ingalls (1812-1896) and Laura Louise Colby Ingalls (1810-1883). In the 1840s the Ingalls family moved to Campton Township which is west of Elgin, Illinois. He married Caroline Quiner on February 1, 1860. They had five children, Mary Amelia born January 10, 1865 and Laura Elizabeth born February 7, 1867 were born in Pepin, Wisconisn. Caroline Celestial (Carrie) was born in Independence, Kansas. Charles Frederick was born November 1, 1875 in Walnut Grove, Minnesota. Charles Frederick died as an infant. Their last child Grace was born on May 23, 1877.Charles moved his family quite a bit before settling in DeSmet, South Dakota.

From “Pioneer Girl: Fact and Fiction of Laura Ingalls Wilder”:
Charles Philip Ingalls was born January 10, 1836, in Cuba Township (Allegheny County) New York, the third of ten children of Lansford Whiting Ingalls and Laura Louise Colby. He had older brother Peter (born 1833) and younger siblings Lydia (born 1838), Polly (born 1840), James (born 1842), Docia (born 1845), Hiram (born 1848), George (born 1851), and Ruby (born 1855). An older sibling died shortly after birth in 1835.
Before Charles was twelve years old, the Ingalls family moved to Kane County, Illinois, just west of Chicago. In the early 1850s, they moved to Concord Township (Jefferson County) Wisconsin; Lansford Ingalls bought 80 acres there in 1854. In 1857, Charles Ingalls purchased a portion of this property from his father. Charles' land was just north of the Oconomowoc River; to the south lived the Holbrooks: Frederick, his wife Charlotte (widow of Henry N. Quiner), and her children Henry, Martha, Caroline, Eliza, and Thomas. Charlotte's eldest son, Joseph, married in 1856 and lived several miles away.
There were three marriages between the Ingalls and Quiner families: Henry Quiner married Polly Ingalls in 1859, and Peter Ingalls married Eliza Quiner in 1861. Charles Ingalls and Caroline Quiner were married in Concord on February 1, 1860.
Lansford Ingalls lost his farm in Jefferson County, and it was sold at sheriff's auction in January 1861. This probably influenced Charles Ingalls and other family members to sell their land there and move on. In the summer of 1860, Martha Quiner had married Charles Carpenter, and he and other friends from the Concord area had relocated to Pepin County, and they were encouraging others to consider joining them there.
September 1863, Charles Ingalls and his brother-in-law, Henry Quiner, paid $335 for 160 acres in Pepin County - the SW 27-25-15. Charles and Caroline settled on the south half of the quarter section, and Henry and Polly settled on the north side. Charles and Caroline Ingalls had two daughters born in Pepin County: Mary Amelia (born January 10, 1865) and Laura Elizabeth (born February 7, 1867). Daughter Carrie was born in Rutland Township (Montgomery County) Kansas on August 3, 1870. Son Charles Frederick was born November 1, 1875, in Walnut Grove (Redwood County) Minnesota; he died August 27, 1876, in South Troy (Wabasha County) Minnesota. Daughter Grace Pearl was born May 23, 1877, in Burr Oak (Winneshiek County) Iowa.
In 1937, Laura Ingalls Wilder wrote that her father was a "hunter and a trapper, a poet and a musician." Charles Ingalls at various times was also a justice of the peace deputy sheriff, tax collector, farmer, storekeeper, timekeeper for the railroad, and carpenter. It is not known when or where Charles Ingalls learned to play the fiddle, but it was his stories, his songs and his memory that Wilder wanted to honor in the "Little House"® books. Charles Ingalls' wanderlust led the family from Wisconsin to Indian Territory, Minnesota, Iowa, and Dakota Territory. It was in Dakota that Charles Ingalls agreed to settle permanently, homesteading and making final proof on a quarter section, but ultimately settling down in the town of De Smet, in a house he built on Third Street in 1888.
Charles Ingalls died in De Smet, South Dakota, on June 8, 1902, and was buried in the De Smet cemetery.[1] His obituary in the De Smet News & Leader read:
A Pioneer Gone.
The people of De Smet were pained Sunday afternoon to learn of the death of Mr. C. P. Ingalls, who died at 3 p.m. of that day after a lingering illness of several weeks. Heart trouble was the cause of his death.
Funeral services were held at the Congregational Church Tuesday forenoon, largely attended by the many friends of the deceased and of the family. After the church services were concluded, the Masonic fraternity who were in attendance in body took charge of the funeral and the remains were placed in their last resting place with solemn funeral rite of that organization.
Charles P. Ingalls was born in the state of New York sixty years ago. His life was that of the pioneer from his boyhood. At the age of 12 years he moved with his parents to Illinois, thence, a few years later, to Wisconsin, and thence to Minnesota. It was while living in Wisconsin that he married the estimable lady who is now his widow. In 1879 he brought his family to what is now De Smet. He was the first to build a dwelling in this locality, the house that now stands on the rear end of the Bank of De Smet lot is the building. In his home were held the first religious services. He was prominent in the work of organizing the Congregational church in this city, of which he was a faithful and consistent member at the time of his death. He was also a member in good standing of the Masonic order and of O.E.S.
As a citizen he was held in high esteem, being honest and upright in his dealings and associations with his fellows. As a friend and neighbor he was always kind and courteous and as a husband and father he was faithful and loving. And what better can be said of any man? Some few accomplish great things in life's short span; they control the destinies of nations, or hold in their hand, as it were, the wealth of the world, but the great many tread the common walks of life and to them falls the work of making the world better. He who does this work well is the truly great man. Such was he who has lately been called to the Great Beyond. Charles P. Ingalls did his life's work well and the world is better for his having lived in it.
There remain to mourn his death a wife and four daughters, Mrs. Laura Wilder, Mrs. Grace Dow, and Misses Carrie and Mary Ingalls. To the bereaved is extended the heartfelt sympathy of all in this community. 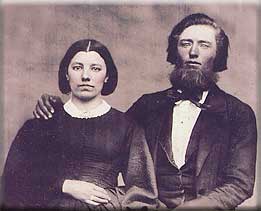 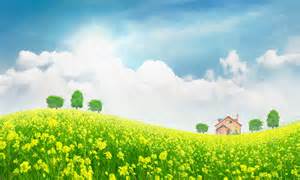 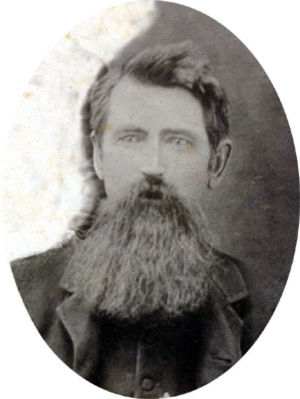 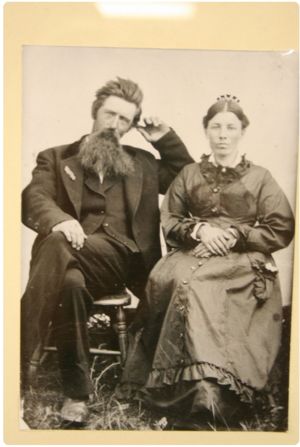 Leave a message for others who see this profile.
There are no comments yet.
Login to post a comment.
Carolyn Finley
Colvin-614 and Ingalls-2 appear to represent the same person because: Matching spouse and birth and death dates
posted May 06, 2019 by Carolyn Finley
Rae Santema
14th cousins five times removed on both my paternal AND maternal (same number/removed)!!!
posted Feb 08, 2017 by Rae Santema