Caroline Celestia Ingalls (Carrie) was born August 3, 1870, in Rutland Township (Montgomery County) Kansas, the third child of Charles and Caroline Ingalls. She had older sisters Mary (born 1865) and Laura (born 1867), and younger sister Grace (born 1877). A brother, Charles Frederick, was born in 1875 and died at nine months of age.

In her unpublished Pioneer Girl manuscript, Laura Ingalls Wilder wrote about living in Pepin, Wisconsin, both before and after the family's stay in Indian Territory. Wilder wrote that Carrie was born while she and Mary were with Pa visiting the abandoned Indian camp where the girls gathered Indian beads.

When finally we went back to the house, the black Doctor was there and Mrs. Robertson and Baby Carrie had come. Ma hadn't got up yet and Carrie was lying beside her. Such a tiny, tiny baby but Ma said she would soon be big enough to play with us. We were very busy then for awhile, putting all the pretty beads we had found on thread to make a string of beads for Carrie to wear. So we had a baby sister to watch and laugh at.

Wilder included Baby Carrie in her first book, Little House in the Big Woods, so when she began writing Little House on the Prairie, she continued as if Carrie traveled with the family to Kansas rather than having been born there. Carrie remains the "baby" and has little active part in the "Little House"® books until attending school with Laura in De Smet.
In De Smet, Carrie Ingalls learned the printer's trade while setting type briefly for the De Smet News. She continued to work occasionally for the De Smet Leader once the two papers were combined. In 1887, Carrie trained as a teacher and earned a teaching certificate. She mainly worked in several De Smet stores, including Burdick's Dry Goods, the R.C. Forgard Store, A.S. Carpenter's Store, De Smet Mercantile, and as an assistant in J.E. Holtz's abstract business.
In December 1905, Carrie left De Smet for Boulder, Colorado, where she hoped to find relief from continual suffering from throat ailments, hay fever, and asthma. After a year in Colorado, Carrie spent six months in Wyoming, living with her cousin Louisa Quiner Smith. She returned to De Smet much improved in health.
In 1907, Carrie traveled with Chloe Dow Fuller to Pierre, South Dakota, to look over available land for homesteading. Although the Fullers decided not to move west, Carrie filed a preemption on a claim near Phillip (Haakon County), the W-NW and W-SW Section 9, Township 4 North, Range 20 East. In March 1908, Carrie began her six months residency requirement, living in a small claim shanty covered in tar paper and lath. She made final proof in November and returned to De Smet.
Upon her return, Carrie lived and worked in Arlington, seventeen miles east of De Smet, as a typesetter on the Arlington Sun. Carrie was recruited by Edward Lewis Senn (a young newspaperman the same age as her sister Laura) to work on his newspaper in Deadwood; between 1910-1912, Carrie was transferred to newspapers in Hill City, Pedro, Roseland, the Rosebud Indian Reservation, Aberdeen, and Mission City. Newspaper publication was a lucrative business during the homesteading years, as all claimants were required to publish their intent to prove up on their claims for weeks prior to doing so, and the newspaper charged a five dollar fee to run such notices.
August 1, 1912, Carrie married widower David Swanzey in Rapid City, South Dakota. Their wedding announcement in the De Smet Leader read:
Married, in Rapid City, August 1, Mr. D.N. Swanzey of Keystone and Miss Carrie Ingalls of De Smet, Rev. Spaulding, Episcopal clergyman, performing the ceremony. Mr. and Mrs. Swanzey will make their home in Keystone where the groom is extensively interested in mining lands and other real estate. The bride has lived at De Smet nearly all her life and has a large circle of friends who extend best wishes for her future happiness.
David Nevin Swanzey was born April 18, 1854, in St. Louis, Missouri, the son of William and Mary Swanzey. In 1899, he married Elizabeth Jane Gordon in Keystone (Pennington County) South Dakota. The couple had two children: Mary Elizabeth (born 1904) and Harold David (born 1906). Elizabeth Swanzey died June 3, 1909. Carrie and David Swanzey had no children, and Carrie raised both Mary and Harold as her own. Every year, the Swanzeys spent several weeks visiting in De Smet. Carrie also visited Laura and Almanzo Wilder in Mansfield, and once Laura began writing the "Little House"® books, Carrie and Laura frequently corresponded about the fictional stories. When Laura couldn't remember which hymns the family had sung in De Smet, Carrie mailed Laura the family's old Pure Gold for Sunday School hymnal, including a list of hymns she particularly remembered Pa singing.
David Swanzey died April 15, 1938, in Keystone.

Carrie died in Rapid City on June 2, 1946, and was buried in the De Smet cemetery. Her obituary read:

Funeral services for Mrs. Caroline Ingalls Swanzey will be held at the Keystone Congregational Church Thursday at 2 p.m. The Order of Eastern Star will conduct the rights and Rev. H. Carl Loocke will assist. Burial will be in De Smet.
Mrs. Swanzey came with her parents to Dakota Territory and they settled at De Smet. She worked on several small newspapers in the state before coming here about 35 years ago as an employee of the paper, and later married David N. Swanzey. He died in 1938. She was active in church and community affairs and recently received a 50-year life membership in the Eastern Star here. Survivors include a sister, Laura Ingalls Wilder of Mansfield, Mo., and Rose Wilder Lane, a niece, both widely known authors, and a step-daughter, Mary.

Is Carrie your ancestor? Please don't go away!

ask our community of genealogists a question.
Sponsored Search by Ancestry.com
DNA Connections
It may be possible to confirm family relationships with Carrie by comparing test results with other carriers of her ancestors' mitochondrial DNA. However, there are no known mtDNA test-takers in her direct maternal line. It is likely that these autosomal DNA test-takers will share some percentage of DNA with Carrie: 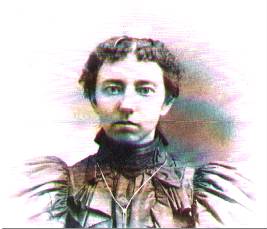 Leave a message for others who see this profile.
There are no comments yet.
Login to post a comment.
M. (Stewart) H.
This profile has been identified as a duplicate by an Arborist. Please review the proposed merge to Ingalls-4. If they are duplicates please approve the merge. If you have questions or would like assistance please ask me or any other Arborist. Thank you. M Hammond
posted Sep 22, 2013 by M. (Stewart) H.