William Ingles will provides property including Negros to wife Mary. After her death all property goes to son John. He provided the ferry land on either side of the river and across the river to daughter Mary for 5 years. All profits and benefits to her. After 5 years to John. Mary also received slaves. Son-in-law Byrd Smith received slaves and 2 tracts of land. Son-in-law Abram Trigg received 2 tracts of land plus 400 acres in Kentucky on the Elk river and his choice of a slave or equal piece of land. Son Thomas a tract of land 1000 a on the Blue Stone known by the name of Absolem's Valley and a slave. To dau Mary, SIL Byrd Smith and son Thomas all land I own in Burke's Garden. All money to children Thomas Ingles, John Ingles, Susannah Trigg, Rhoda Smith and Mary Ingles. His mark 6 Sept 1782

MARRIAGE 1750 to Mary Draper (1732–1815) in Draper's Meadows, Virginia, British Colonial America, now Blacksburg, Virginia, on the Virginia Tech Campus in the area of the "Duck Pond".

The first European wedding took place in the New River Valley in 1750, when the son of Thomas Ingles married the daughter of George Draper, thus uniting the families of two men who had left Ireland and made their way to Draper's Meadow by way of Pennsylvania. Newlyweds Mary Draper and William Ingles resided for a time in the general area where Smithfield Plantation, Foxridge Apartments, and the Virginia Tech Duck Pond sit today. The young couple-we could call them William and Mary of Draper's Meadow-had two young sons, Thomas and George, when the French and Indian War broke out, part of a huge contest between the superpowers of the time, the French and English empires. In the meantime, Mary's brother, John Draper, married Betty Robinson in 1754, and they had a baby.:

By the Treaty of Lancaster in 1744, the Six Nations of Indians renounced their claim to all lands in Virginia and the Wood's River Grant was issued in 1745. Surveying began in March 1746; but in the same year two patents were issued to John Harrison, Jr., based on a previous survey. This survey was probably made about 1743. Others who had lands surveyed prior to 1746 were John Mills and John Buchanan. Among those well enough acquainted with the territory to have locations ready to be surveyed were James Woods, former surveyor of Orange County, Virginia, James Patton, George Robinson, James Burk, James Davis, Peter Rentfroe, George Draper, the Ingles, Charles Hart, Charles Campbell, Charles Sinkler, the Harmons and the Dunkers, a religious sect. An order of Orange County, Virginia, Court of April 1745 mentions Adam Harmons on the New or Wood's River as the western end of a road marked off from the Frederick County line through Augusta. Road orders for the area through 1750 give an excellent idea who were settled in the area at the time. EARLY SETTLEMENT ALONG THE NEW RIVER (NC AND VA) BASIN William D. Bennett:

It was with the Fincastle Resolutions, the first instance of “liberty or death,” that the American Revolution garnered attention. This document became one of the most important in leading to the Revolution, and its influence on the Declaration means that its legacy persists even today.:

This Court doth appoint William Ingles and Stephen Trigg Trustees for this County to get together with David Robinson and William Madison the Trustees for Botetourt County to the Lowest Bidder the Repairing of the Road as they shall direct from this County agrees to bear one half of the Expenses should it not amount to more than fifteen pounds each County (Fincastle):

The Cabells and their Kin: On December 8th, the convention (1776) "Resolved that Joseph Cabell, Thomas Randolph and Germann Baker, gentlemen, be appointed commissioners to receive for and pay to several claimants in the southern district, for services in the late expedition against the Indians, whatever may be due them from the publick, and not called for at the treasury." On December 21, this resolution was rescinded; but, on the same day William Cabell, Joseph Cabell and others were appointed on a committee for considering the petitions of Sampson and George Matthews, and of William Ingles regarding supplies etc., furnished the expedition.

Around 1762, William obtained a license to operate a ferry at the site of the current tavern. William Ingles was in charge of improving and maintaining the road leading to and from Ingles Ferry. The road became part of the Great Wagon Road, The Philadelphia Road and the Wilderness Road. William owned over 900 acres and had about a dozen slaves who worked the land and helped run the ferry and tavern and other enterprises.:

I have just rec'd intelligence that a number of Tories have embodied themselves up New River in this county [Montgomery County, Virginia], that they took Prisoners; Captains Cox, Osborn & Henderson, the former of whom made his escape. That they also took two men who were sent as spies and kept them ...... Prisoners in which time the spies heard them say that they intended to take the Lead Mines & that thy had but 105 men there they made were five hundred strong....

Colo. Wm. Campbell with 48 men was at the Mines on Fryday...waiting untill he could be reinforced by the militia in that neighborhood who were then preparing to join him; and that the People on that Quarter were greatly alarmed.

This news was brought to me a few hours ago by Colo. Ingles whom I have ordered to draught several companies of Militia, which with those already on foot he is to take command as a Touchstone of his sincerity in the American cause, and March immediately against the Insurgents. He seemed willing to undertake the Business and promises the utmost Exertion in Quelling the Insurrection.

I am really apprehensive that they will be joined by numbers from this county, Washington & Carolina.... become formidable unless an immediate stop be put to their carreer. Should that be the case I shall be obliged to apply to you for your Friendly assistance. At present, however, I shall postone making any Demand until I have further Intelligence. All I would now beg of you is that you would be pleased to give the officers orders to hold their companies in readiness to turn out on short notice. That should matters take an unfavorable turn in our first attempt to repell those people, there may be no time lost in raising a proper number to chastise them as they deserve.

I have hopes that the Insurgents, on hearing that Colo. Ingles is to command the Montgomery Militia, will Disperse. Be that as it will, I shall immediately send you the first certain inteligence I can procure. 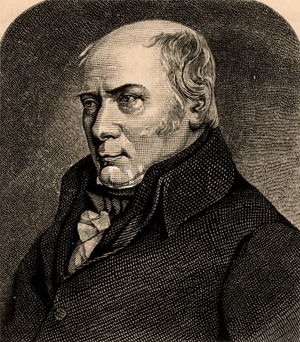 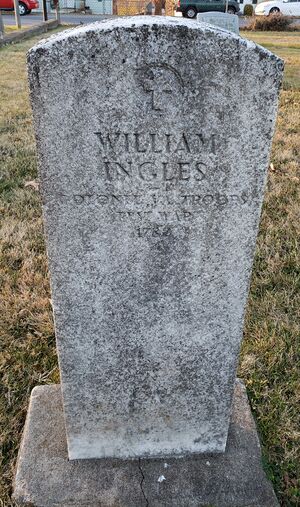