Eliza Maude Inglis was born on 16 August 1864 and baptised on 12 October 1864 in Naini Tal in the Bengal Presidency of British India. Her father was John Forbes Inglis and her mother was Harriet.[1]

Elsie and her family returned to Edinburgh in 1878, where Elsie attended the Edinburgh Institute for the Education of Young Ladies.[2] and lived with her family at 10 Bruntsfield Place, Edinburgh:[3]

In 1899, Elsie graduated MB CM [Bachelor of Medicine, Master of Surgery] from Edinburgh and was appointed lecturer of gynaecology at the Medical College for Women. [2]

Elsie became active in the suffrage movement during her medical training and was honorary secretary to the Scottish Federation of Women's Suffrage Societies; whose main initiative during the First World War was the Scottish Women's Hospitals for Foreign Service. Elsie was instrumental in raising the money for these hospitals which aimed to provide all female staffed relief hospitals for the Allied war effort. When Elsie approached the War Office to offer them an established medical unit staffed by qualified women she was infamously told "Go home and sit still"

However the French government did accept her offer and the first Scottish Women's Hospital was established at Royaumont Abbey in France. Further hospitals were set up in Serbia, Salonica and Russia. Elsie went to Serbia herself, where her efforts to improve hygiene reduced the typhus and other epidemics which had been raging there. In November 1915 Serbia was overrun by the Germans and Elsie and her staff were interned until April 1916 when they arrived back in Britain.

Elsie then returned to the Serbian division now fighting in Russia and, although the political situation was deteriorating rapidly, she refused to leave until the Serbs were transferred out of Russia. Elsie and her unit finally arrived in Newcastle on 25 November 1917.

Elsie Inglis died of cancer on 26 November 1917 in Newcastle.

On 3 April 1916, Elsie Inglis became the first woman to be decorated with the Order of the White Eagle, Serbia's highest honour.[2]

More records on Elsie Inglis may be available offline. Schedule a free consultation with our friends at Trace.

ask our community of genealogists a question.
Sponsored Search by Ancestry.com
DNA
No known carriers of Elsie's ancestors' DNA have taken a DNA test. 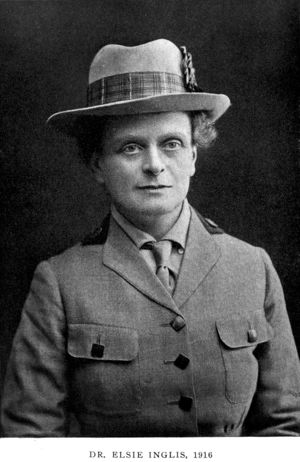 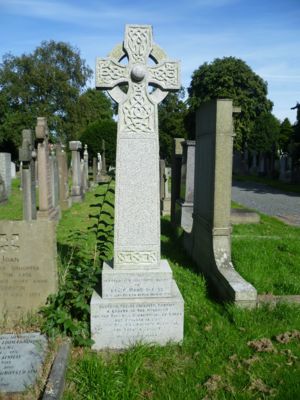