He moved with his parents and two sisters to Beerwah, Queensland in the late 1960s, where his folks opened the Beerwah Reptile and Fauna Park in 1970.[1]

Steve grew up loving all wildlife, especially reptiles. He caught his first venomous snake (a Common Brown) at the tender age of six and would often arrive late to school after convincing his mother to pull over so he could rescue a lizard off the road.

By the time he was nine-years-old, he was helping his dad catch small problem crocodiles hanging around boat ramps by jumping on them in the water and wrestling them back into the dinghy. He always had an uncanny sixth sense when it came to wildlife and he spent his life honing that skill.

In the 1980s Steve spent months on end living in the most remote areas of far North Queensland catching problem crocodiles before they ended up shot by a poacher's bullet. He worked with his little dog, Sui, and developed crocodile capture and management techniques that are now utilised with crocodilians around the world.

By 1980, the family wildlife park was called the 'Queensland Reptile and Fauna Park' and where Steve called home. Steve and his best mate, Wes Mannion, worked countless hours caring for the wildlife and maintaining the grounds.

In 1991 Steve took over managing the wildlife park and met Terri Elizabeth Raines, a visiting tourist, on 6 October. Steve and Terri were married in Eugene, Oregon, on the 4th June 1992 at the Methodist church Terri's grandmother used to attend.[3]

Instead of a honeymoon, the couple embarked on filming a wildlife documentary with John Stainton from the 'Best Picture Show' company. The show was so successful it turned into a series and the Crocodile Hunter was born.

After Steve's parents retired in the 1992 Steve worked tirelessly to improve and expand his wildlife park. Renaming it Australia Zoo in 1998, Steve's vision for the world's best Zoo was coming to fruition. In July 2006 Steve set out his ten year business plan for his beloved zoo. He couldn't know he would be gone just two months later, but he believed his conservation work would go on. His two beautiful children will make sure it does.

Is Steve your relative? Please don't go away!

ask our community of genealogists a question.
Sponsored Search by Ancestry.com
DNA
No known carriers of Steve's DNA have taken a DNA test. 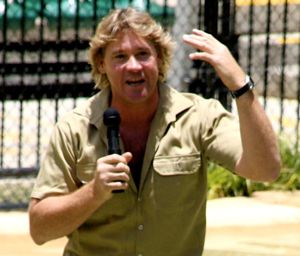 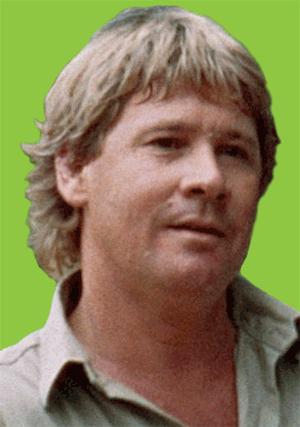 Campbell Braddock
Hi Doug, I've searched this further and found many stories on the internet from neighbours and friends of Steve's childhood. He grew up at Primrose St, Moonee Ponds, I'll add some more information to his Biography. Thanks
posted Mar 03, 2021 by Campbell Braddock

Doug Laidlaw
Thanks, Campbell. My daughter lives in the next street to the East, McPherson Street.
posted Mar 03, 2021 by Doug Laidlaw

We plan on featuring Steve as the Example Profile of the Week in the Connection finder on March 3rd. Between now and then is a good time to take a look at the sources and biography to see if there are updates and improvements that need made, especially those that will bring it up to WikiTree Style Guide standards. We know it's short notice, so don't fret too much. Just do what you can. A Team member will check on the profile Tuesday and make changes as necessary.

posted Mar 01, 2021 by Abby (Brown) Glann
M (Foreman) F
I have connected his wife Terri to the global wikitree. Since she has her own wikipedia entry and therefore must be public, can you please remove the privacy lock here on Irwin's wife ? Thanks
posted Feb 16, 2018 by M (Foreman) F

Ben Molesworth
The privacy block is for all living people, at this stage, regardless of whether they are a public figure, unless another change has been made.
posted Mar 03, 2021 by Ben Molesworth