James Merritt Ives[1] was born on March 5, 1824, in New York, New York. He went to work at the early age of twelve years old. Even though his formal education was over, he continued to learn, reading in libraries, and, as one might expect, visiting art galleries.

In 1852 he married his sweetheart, Caroline Clark. Together they had six children.

(I believe two sons, four daughters, anyone confirm this?)

Caroline's brother-in-law was Charles Currier, who was the younger brother of Nathaniel Currier. He was hired in 1852 to be a bookkeeper at Nathaniel Curriers Lithographic shop, but after Nathaniel Currier saw the talent he had for art along with matters of business, he was promoted and by 1857 he was again promoted, this time to a partnership in the firm.

After bringing on Ives as partner, business really took off for the friends. They were selling mass produced prints and they were going fast. The prints, postcards, posters depicted beautiful scenes and were sold direct to the public for reasonable prices. The average American could them and they sold in record numbers.

Failing health caused Nathaniel Currier to retire and Mr. Ives continued to run the business, along with Nathaniel’s son Edward, until his death in 1895.

Today Currier and Ives collections are prized among collectors.


Memories: 1
Enter a personal reminiscence or story.
Carolyn (Bobola) Murphy
I think we've all been to grandma's house around Christmas time, and there on her coffee table, a tin of cookies with a Currier and Ives print on it. It was recycled over and over again. (the cookies she made and put in always better than the ones that came in it from the store!)
posted 23 Nov 2008 by Carolyn (Bobola) Murphy
Login to add a memory.
Is James your ancestor? Please don't go away! 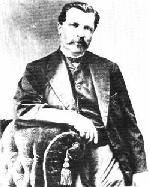 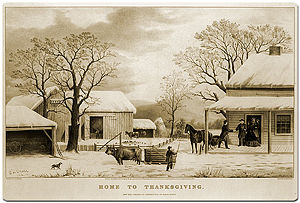