Wauneta (Jackson) Griffin is the descendant of a Huguenot emigrant.

Wauneta married Gerald William Griffin (1909 - 1971) on February 23, 1928 in Carrollton, Carroll, Kentucky.[1] Wauneta was 16 and Cooney was 18. Indiana law required a person to be 18 to be married without parental consent. So, they eloped and drove across the Milton-Madison Bridge to be in Kentucky where the law allowed marriage at 16 without parental consent. They were second cousins once removed via their common ancestors, his great-grandparents and her 2-great grandparents, James E. Griffin and Mary Ann Griffin.

Is Wauneta your relative? Please don't go away!

ask our community of genealogists a question.
Sponsored Search by Ancestry.com
DNA Connections
It may be possible to confirm family relationships with Wauneta by comparing test results with other carriers of her mitochondrial DNA. However, there are no known mtDNA test-takers in her direct maternal line. It is likely that these autosomal DNA test-takers will share some percentage of DNA with Wauneta: 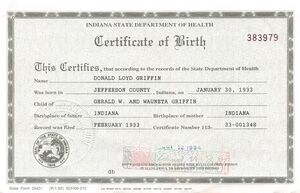 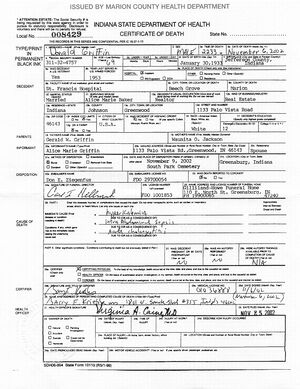 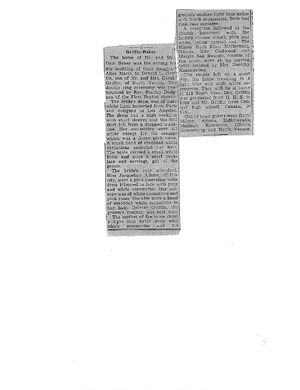 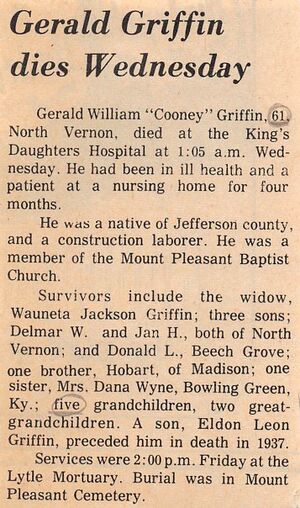 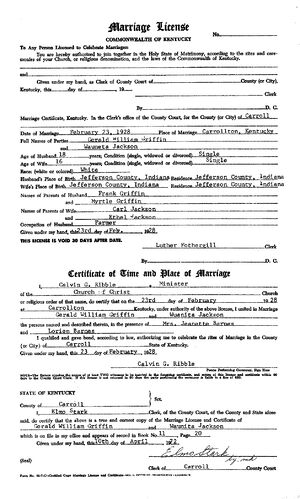