On 4 October 1562, Catherine was married in the Lower Castle of Vilnius, Lithuania, to Duke John of Finland, the second son of Gustav I and half-brother of the then-reigning King Eric XIV.

She and John III had three children:

Sponsored Search by Ancestry.com
DNA
No known carriers of Katarina's DNA have taken a DNA test. 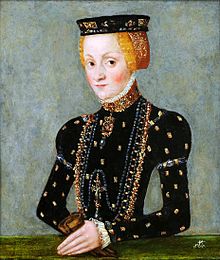 John Atkinson
Her LNAB should be Jagiellonka (the Polish form of her name), in line with the Wikitree policy to use the names they would have used. If there are no objections I can change that.
posted Nov 01, 2014 by John Atkinson

John Atkinson
It looks like this biography has been copied directly from the Wikipedia article which is not in line with Wikitree policy http://www.wikitree.com/wiki/Copying_from_Wikipedia

It needs to be either deleted or edited so that only the main points are maintained.