In 1685 Augustus and his family fled France, moving to Bristol, England, because of their fear of religious persecution. In 1685 French King Louis XIV revoked the "Edict of Nantes," promulgated by his great-grandfather, King Henry IV, which gave protection to Huguenot Protestants in France.

The following year, in 1686, Augustus returned to La Rochelle briefly on one of his father's boats to help settle his family's business affairs. He had to be smuggled back out by a half Catholic/half Huguenot Aunt on board a ship that sailed to Charleston, South Carolina, an English colony, to escape his being put to death. Unauthorized Huguenot emigration was punishable by death at the time under French law.

In 1690 Augustus Jay settled in Manhattan, New York City, definitively under English rule since 1673, after the English defeated had its earlier Dutch rulers in 1664. Where he settled was a former Dutch area located on the southern tip of Manhattan island, officially New York City and County, part of the English Province of New York. Many Huguenot refugees had settled in New York City, welcomed by its Reformed Protestant Dutch administration, since the early 1600s.

On 28 October 1697, in the Dutch Reformed Church of New York (Manhattan), Augustus Jan married Anna Maria Bayard, b: 6 Mar 1670 in Nieuw Amsterdam (aka New York). She was of Huguenot ancestry although her forebears had been living in the Netherlands since the late 1500s. Her grandmother had been a sister of Pieter Stuyvesant, the notable last Dutch Governor of Nieuw Nederland before it was taken by the English in 1664.

The couple had at least the following 4 children:

Sponsored Search by Ancestry.com
DNA
No known carriers of Augustus's DNA have taken a DNA test. 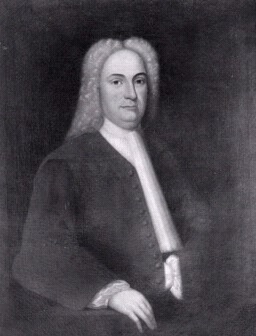