Augustus Jay was the great-grandson of the First Chief Justice of the United States Supreme Court, Federalist and Founding Father, John Jay. He was born Washington, D. C., on Oct. 27, 1830, the son of Peter Augustus Jay and Josephine Pearson Jay. According to his obituary in the New York Times, "Jay graduated from Harvard College in 1871 and from the Columbia Law School in 1876. Although admitted to the bar, he never practiced law, entering diplomatic service instead." He served as the Secretary of the American Legation in Paris from 1885 to 1893. Upon his retirement from office the government of France made him an officer of the Legion of Honor.

ask our community of genealogists a question.
Sponsored Search by Ancestry.com
DNA
No known carriers of Augustus's DNA have taken a DNA test. 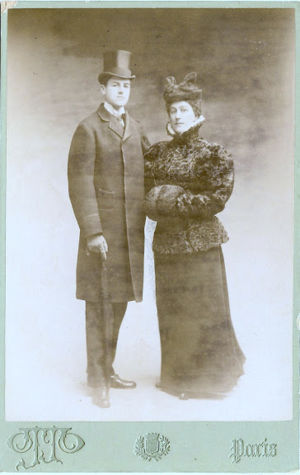 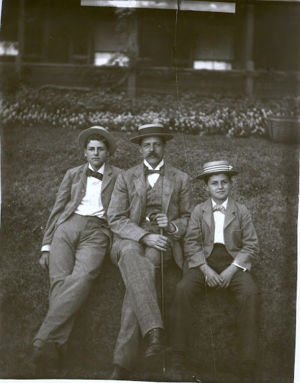 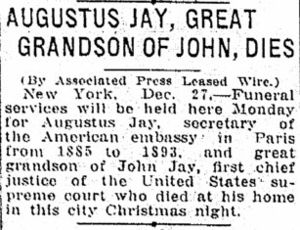