At a dinner to honor Nobel Prize recipients of the Western Hemisphere, U.S. President John F. Kennedy said, “I want to tell you how welcome you are to the White House. I think this is the most extraordinary collection of talent, of human knowledge, that has ever been gathered together at the White House, with the possible exception of when Thomas Jefferson dined alone. (29 Apr 1962)[1]

President Thomas Jefferson was a Founding Father in the American Revolution.

As a political philosopher, Jefferson was a man of enlightenment and knew many intellectual leaders in Britain and France.

He believed that every American was entitled to an education adequate enough to give a person the skills and abilities needed to vote. Beyond that, he believed , should be determined on a person by person basis. Not everyone is suited to a college education.

Jefferson was a man who wore many hats including horticulturist, statesman, architect, archaeologist, paleontologist, author, inventor, and founder of the University of Virginia.

Jefferson died on the Fourth of July, 1826, the 50th anniversary of the adoption of the Declaration of Independence. He died a few hours before John Adams. There are stories that while Adams lay dying, he spoke of Thomas, unaware that Jefferson had already passed away.

Thomas Jefferson's Alma Mater was the College of William and Mary.

Thomas Jefferson in his own words

From the pen of Thomas Jefferson, 3rd U.S. President, Drafter and Signer of the Declaration of Independence

"God who gave us life gave us liberty. And can the liberties of a nation be thought secure when we have removed their only firm basis, a conviction in the minds of the people that these liberties are of the Gift of God? That they are not to be violated but with His wrath? Indeed, I tremble for my country when I reflect that God is just; that His justice cannot sleep forever; That a revolution of the wheel of fortune, a change of situation, is among possible events; that it may become probable by Supernatural influence! The Almighty has no attribute which can take side with us in that event."

"I am a real Christian – that is to say, a disciple of the doctrines of Jesus Christ."

Because of the controversies that have arisen in regards to Jefferson's possible relationship with the slave Sally Hemings, which dates back to blatant accusations during his lifetime,[2] several scientific teams have attempted to validate common DNA among descendants. The uncertainty of his paternity of these children is still a subject of discussion and research. For that reason his relationship with them is listed as Uncertain on Wikitree.

Jefferson's Y-DNA is of type found in Haplogroup T (formerly K2) and is considered fairly rare according to the same article. You may read more about Haplogroup T here.[2]

More DNA information for Thomas Jefferson and other famous people is available on Wikipedia link is here.[3]

Thomas Jefferson's oldest known ancestors can be accessed by using the WikiTree.Widget.


Memories: 3
Enter a personal reminiscence or story.
William Keener
The Hemings relationship (supported by historical evidence in addition to DNA evidence) is now considered a "settled historical matter" (as of June, 2018) by the Thomas Jefferson Foundation and "[b]oth the United States National Park Service and the University of Virginia's Miller Center of Public Affairs note in their online biographies that Jefferson's paternity of Hemings' children has been widely accepted" Wikipedia.
posted 14 Apr 2019 by William Keener   [thank William]
Gregory Miller
There is no scientific proof that Thomas Jefferson sired any children with Sally Hemings. DNA evidence proves that at least 25 male relatives of the Jefferson family could have been the father and fact patterns suggest that Thomas Jefferson's brother, Randolph Jefferson, was the likely father of at least some of the children whose births stopped the same year of Randolph Jefferson's second marriage in 1808. Records show that Randolph was nearby or at Monticello when the children were conceived. "a committee commissioned by the Thomas Jefferson Heritage Society, after reviewing essentially the same material, reached different conclusions, namely that Sally Hemings was only a minor figure in Thomas Jefferson's life and that it is very unlikely he fathered any of her children. This committee also suggested in its report, issued in April 2001 and revised in 2011, that Jefferson's younger brother Randolph (1755-1815) was more likely the father of at least some of Sally Hemings's children". (The Thomas Jefferson Foundation). Of course, the obvious is possible but stating the relationships and including them on Wikitree or Ancestry.com is simply unfounded and not based in fact. It is a corruption of Wikitree and all information contain within it.
posted 16 Feb 2018 by Gregory Miller   [thank Gregory]
Danielle (Krupar) Darling
John F. Kennedy is reported to have stated, while addressing Nobel Prize winners in 1962, "I think this is the most extraordinary collection of talent and of human knowledge that has ever been gathered together at the White House – with the possible exception of when Thomas Jefferson dined alone." 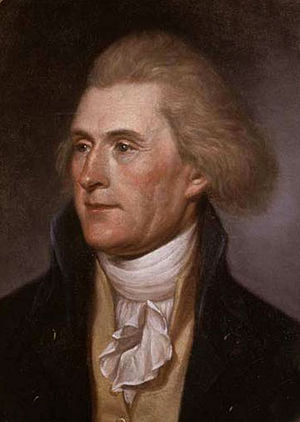 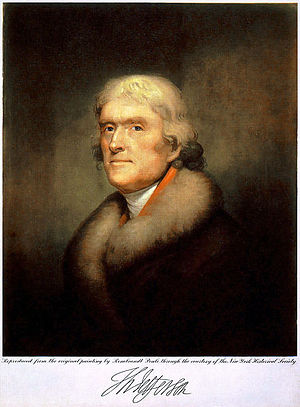 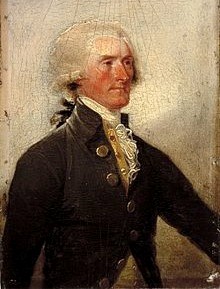 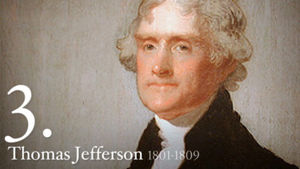 posted Apr 04, 2022 by Abby (Brown) Glann
Nic (Odom) Baker
Instead of referring to Sally Hemings as "the slave Sally Hemings" it might be better to refer to her as "a woman he enslaved, Sally Hemings,". The current wording doesn't afford her the dignity she deserves as a human. She was more than just someone's property.
posted Dec 08, 2021 by Nic (Odom) Baker

Robin Lee
Thank you for your suggestion, we have asked the US Black Heritage project to review the wording.
posted Dec 15, 2021 by Robin Lee

Emma (McBeth) MacBeath M.Ed MSM
Hi Nic, I apologize for taking so long to reply. The US Black Heritage Project uses both historical and politically correct terminology as appropriate to each situation and as suggested by descendants of slaves. You can see our reasoning here: https://www.wikitree.com/wiki/Space:US_Black_Heritage:_Preferred_Terminology

The current larger issue on this profile is to accurately honor the relationship of Sally Hemings. It is at the top of the to-do list for US Black Heritage, however, we are waiting for a knowledgable researcher to come forward who can do proper justice to the issue. We don't want to throw information on any of these profiles that isn't accurate or well thought out. Above all, we seek to honor our enslaved ancestors lives which we believe is best done through excellent profiles and connected family. Thanks, Emma MacBeath~~US Black Heritage Project Leader

Ellen Smith
Jefferson-1827 and Jefferson-1 appear to represent the same person because: Jefferson-1827 is clearly a duplicate intended to represent the President. Please merge.
posted Oct 29, 2020 by Ellen Smith
Betty Jo Bunker
Eston Hemings Sally's son changed his racial identity to white and his surname to Jefferson after moving from Ohio to Wisconsin in 1852. Newspaper accounts in Chillicothe, Ohio, in 1887 and 1902 recalled that Eston resembled Thomas Jefferson.

DNA Y does confirm he is a Jefferson..

Patricia (Prickett) Hickin
Jefferson-230 and Jefferson-1 appear to represent the same person because: Same name. Both have daughter named Elizabeth. I don't know whether these are the same person. I wwould just like to get rid of Jefferson-230, about whom we have next to no information. Please approve the merge.
posted Sep 01, 2018 by Patricia (Prickett) Hickin
K Raymoure
Servant of President Jefferson: Miles Spain

Robin Lee
Jefferson-1212 and Jefferson-1 appear to represent the same person because: as a community site, these duplicates should be merged
posted Sep 26, 2017 by Robin Lee

Lisa (Kelsey) Murphy
He was 33 years old when he secluded himself in a rented room for 17 days to write the Declaration of Independence. He could have made a big deal and insisted on recognition for it, but he chose not to. Even after he was elected, a majority of the citizens did not know he had been the author. This knowledge did not actually even become well known until years after he passed away. He felt it was not "for" all Americans, it was "by" all Americans. He felt like just the messenger. He is quoted "In matters of style, swim with the current; in matters of priniciple, stand like a rock."

Scott Lee
In the House of Representatives, in the 77th Congress, second session, the vote of Colonel Matthew Lyon, son-in-law of Governor Thomas Chittenden of Vermont, cast the deciding vote that elected Thomas Jefferson as president in 1801
posted Nov 05, 2016 by Scott Lee