Alex's father died when he was a little boy[1]. In 1871 he lived in Cobourg, Ontario with his mother, Mrs. A. Jeffrey, and grandmother, Mrs. R. Moscrip; both were widows. His older siblings in the household were: Donald, Janet and Harry/Henry. Also in the household were his half sisters Mary and Isabella Jeffrey and his half brother, Andrew McLenhan. Donald and Andrew were employed as clerks.

In 1892 Alex and Anna lived in Tacoma, Washington with their young family. The record lists Jesse (3) and McGinty (1); Alex worked for the railroad there.

In 1900 Alex and his family lived in Missoula, Montana and he still lived in Montana at the time his brother, William, died in 1908.[2] During his time in Montana, Alex continued to work for the railroad.

In 1910 Alex worked as a repairman in a furniture store in Portland, Oregon and in 1920 they still lived in Portland but Alex was not employed.

in 1930, they lived in Bakersfield, California. Alex worked as a janitor and their daughter, Lillian, lived with them.

All the U.S. censuses, except the 1892 Washington record, state that Alex was born in Illinois.

ask our community of genealogists a question.
Sponsored Search by Ancestry.com
DNA Connections
It may be possible to confirm family relationships with Alexander by comparing test results with other carriers of his Y-chromosome or his mother's mitochondrial DNA. Y-chromosome DNA test-takers in his direct paternal line on WikiTree: It is likely that these autosomal DNA test-takers will share some percentage (beta) of DNA with Alexander: 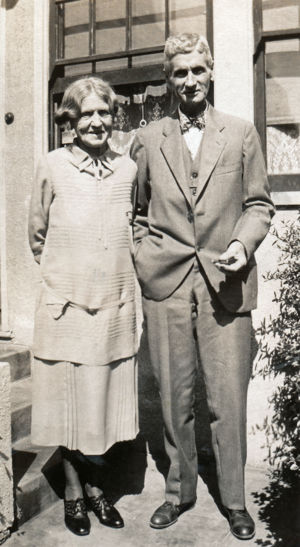