Charles Jerrett is listed as a fisherman in the 1894 Directory for Shoal Bay, Upper Trinity South District of Trinity Bay Region.
Source: http://nl.canadagenweb.org/tbus_1894_shoalbay.htm

An account made by Danford MacKay while on a trip to Newfoundland in the 1990s' with his sister Anne:

"We arrived in Cavendish on Saturday, Sept. 1. A convenience store owner referred us to a Mrs. Ann Jerrett. She was very cordial and over coffee she tried to contact a Mrs. Minnie Anne Critch who was away camping for the weekend. We check Ann Jerrett's family "bible" and found the name Aseneth Chislett who died February 8, 1946, aged 71 years. This had to be our grandmother who was married to "Dinny" Chislett after her first husband died in ?1898. Ann Jerrett also remembered Jake Jerrett who was our mother's brother who was married in Newfoundland, had three children and ran off to Boston leaving his first wife and children. He divorced and remarried.

Two women walking by Ann Jerrett's house saw us on the front lawn taking pictures and stopped to chat. One of them, Lois Hicks (nee Jerrett) was the daughter of Chesley Jerrett, now deceased, who was a son of Jake and therefore our first cousin. (He also completed a detailed family tree of the Jerretts which is now being printed.)

Jake's daughter is Minnie Anne Critch who is also our first cousin. We exchanged addresses of all concerned and will be in touch to see the family tree when it is available.

They also knew Mina Jerrett from the Lakehead who is also a distant relative and travels to Newfoundland often. We found an overgrown grave in the Methodist (United) church cemetery inscribed Ascenath Jerrett and Charles Jerrett (our grandparents but reported her death as 1941 and erected by their children." (Transcribed by G. Patrick MacKay.)


Memories: 1
Enter a personal reminiscence or story.
G. MacKay
From a transcript of a recorded conversation from August 2005, between brother and sister, Anne Hardy, and Danford MacKay.

GRAEME M – Let’s talk about nanny. Nanny was born in Newfoundland, I take it.

DANFORD M – She was born in Newfoundland, do you know the year?

GRAEME M – So nanny was born in Cavendish ,Newfoundland in 1889.

ANNE H – And her father had a small lobster canning …

ANNE H – When he died at a young age.

DANFORD M – Cut down in his prime by TB which was an epidemic down there.

ANNE H – That would have been a horrible life out on the ocean.

DANFORD M – Wiping out whole families. My mother used to say he was such a grand looking man, he had a golden beard, he had golden hair. She idolized him. She had an idealized picture of him. She regarded him as a god and of course she worshipped him, she was only 13 or so. 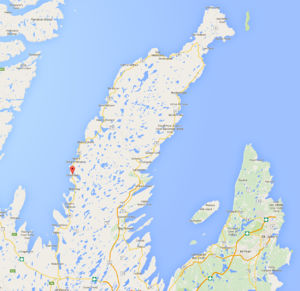 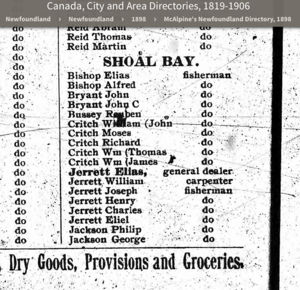 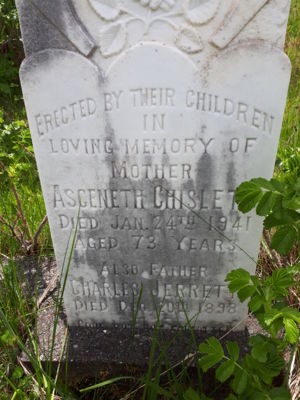