Co-founder, CEO and chairman of Apple.

Steve said, "Paul and Clara are 100% my parents. And Joanna and Abdulfatah—are only a sperm and an egg bank. It's not rude, it is the truth." Given this statement, I have listed his adoptive parents as his father and mother on this profile. Which means that any of Steven's actual relatives will be unable to use this the Wikitree genealogical database to confirm or disprove a documented genealogical connection to Steven or to compare DNA results to make the same analysis thus rendering the purpose of this site null and void for this profile. This profile will be a brick wall for descendants of Steven Jobs who would like to research their genetic heritage.

Sponsored Search by Ancestry.com
DNA
No known carriers of Steve's DNA have taken a DNA test. 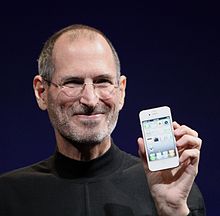