Aquila was a Friend (Quaker)

Aquila Johns was a Marylander.

The birth of Aquilla Johns is recorded if the Monthly Meeting Register of the Clifts Society of Friends located in Calvert County Maryland.

His marriage is also recorded in the Clifts Meeting Register as: Aqulla Johns, third son of Richard, married Mary Hozier, second daughter of Henry on the 16th day of the 9th month 1704. There is proof of the birth of one son, Richard Johns, who is mentioned in the will of his grandfather, Henry Hosier. Hosier-63.

Proof of the relationship of Aquilla Johns to Richard Johns comes from the legacy mentioned in the will of Richard Johns written at Calvert Cliffs, 15 AUG 1717.

Is Aquila your ancestor? Please don't go away!

ask our community of genealogists a question.
Sponsored Search by Ancestry.com
DNA
No known carriers of Aquila's DNA have taken a DNA test. 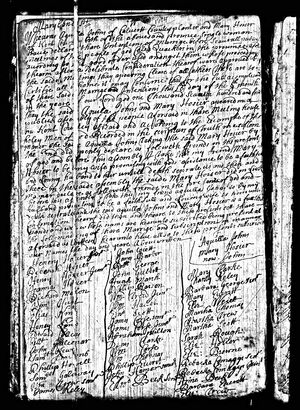 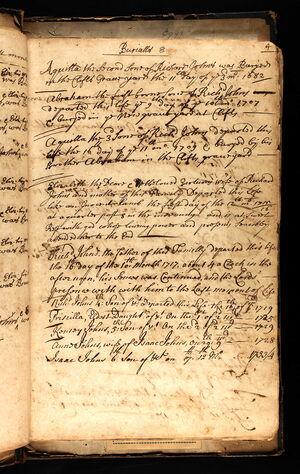