Note: His biography from the Biographical Directory of the American Congress follows:

JOHNSON, Richard Mentor, (1780 - 1850)
Senate Years of Service: 1819-1829
Party: Democratic Republican; Jackson Republican; Jacksonian
JOHNSON, Richard Mentor, (brother of James Johnson [1774-1826] and John Telemachus Johnson, and uncle of Robert Ward Johnson), a Representative and a Senator from Kentucky and a Vice President of the United States; born at Beargrass, Jefferson County, Ky., near the present site of Louisville, October 17, 1780; attended the common schools and Transylvania University, Lexington, Ky.; studied law; admitted to the bar in 1802 and commenced practice in Great Crossings, Ky.; member, State house of representatives 1804-1806 and again in 1819; elected as a Democratic Republican to the Tenth and to the five succeeding Congresses (March 4, 1807-March 3, 1819); chairman, Committee on Claims (Eleventh Congress), Committee on Expenditures in the Department of War (Fifteenth Congress); commissioned colonel of Kentucky Volunteers and commanded a regiment in engagements against the British in lower Canada in 1813; elected as a Democratic Republican to the United States Senate to fill the vacancy caused by the resignation of John J. Crittenden; reelected as a Jackson Republican (and later Jacksonian) and served from December 10, 1819, to March 3, 1829; unsuccessful candidate for reelection in 1829; chairman, Committee on Post Office and Post Roads (Nineteenth and Twentieth Congresses); elected to the Twenty-first and to the three succeeding Congresses (March 4, 1829-March 3, 1837); chairman, Committee on Post Office and Post Roads (Twenty-first and Twenty-second Congresses), Committee on Military Affairs (Twenty-second through Twenty-fourth Congresses); was chosen Vice President of the United States by the Senate on February 8, 1837, no candidate having received a majority of the electoral vote, and served under President Martin Van Buren from March 4, 1837, to March 3, 1841; member, State house of representatives 1850; died in Frankfort, Ky., November 19, 1850; interment in the Frankfort Cemetery.
Bibliography
American National Biography; Dictionary of American Biography; Meyer, Leland. The Life and Times of Colonel Richard M. Johnson of Kentucky. 1932. Reprint. New York: AMS Press, 1967; Jones, Jonathan Milnor. The Making of a Vice President: The National Political Career of Richard M. Johnson of Kentucky. Ph.D. dissertation, University of Memphis, 1998.

Sponsored Search by Ancestry.com
DNA Connections
It may be possible to confirm family relationships with Richard Mentor by comparing test results with other carriers of his Y-chromosome or his mother's mitochondrial DNA. However, there are no known yDNA or mtDNA test-takers in his direct paternal or maternal line. It is likely that these autosomal DNA test-takers will share DNA with Richard Mentor: 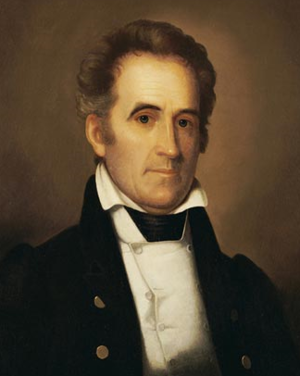