Lindell was born on the 7th of November in 1904 in Camden, Benton County, Tennessee as the eldest child of Wince Johnson and Lillie (Key) Johnson.[1] The Johnson and Key families had lived in Benton County since the early 1800's.

Lindell is found with his parents in the 1910 census in Carroll County, Tennessee.[2] By 1920 the family had moved to Henry County, Tennessee.[3] Although Lindell's father Wince worked hard, he never could buy his own farm, causing the family to relocate often. According to stories Lindell told his family, when he was about 15 years old, he left home and lived with his uncle Tom Key in Kennett, Dunklin County, Missouri. He worked on the railroad, split fence posts, and made shingles. When he was 17 he went to Jonesboro, Craighead County, Arkansas and worked for Chiles Restaurant. He met Mildred Pike at church in Jonesboro. She led the singing. They knew each other for 6 weeks before they were married.[4] The marriage took place in Dunklin County, Missouri.[5] The couple lived in Jonesboro, Arkansas and Kennett, Missouri in the early days of their marriage. In December of 1927, their first child, Junior, was stillborn. In total Lindell and Mildred had 8 children, 6 of whom lived to adulthood. They were living at Elmira, north of Kansas City, Missouri when the stock market crashed. When the banks closed in 1929, Lindell lost all of his savings.[4]  In April of 1930, the family is found in Dunklin County, Missouri renting a home in Kennett with baby Earline and a boarder.  He was working as an auto mechanic.[6] Between 1930 and 1932, they packed everything in their car and moved to Tennessee to try and find a place to farm.[4]

During the depression, Lindell collected wood in the bottoms to cut up and sell. The family was living along the Forked Deer River in 1937 and their home flooded. They then moved to the Jones place, just outside of the city limits of Dyersburg. The house burned in the spring of 1938 when Mildred was expecting a baby that was delivered safely. After the house burned, the family lived in the Ferguson schoolhouse, which was located at what is now the intersection of Hwy 78 and the 51 bypass. When times were hard, Lindell would catch squirrels but he didn’t have the heart to kill them and he would bring them home for his sons to finish the job and prepare them for cooking.[4]

In 1940 the family is found in Dyersburg, Dyer County, Tennessee and he is listed as the proprietor of a woodyard.[7] He later worked at a canning factory and taught himself how to weld because they needed a welder.[4]

Lindell was hired by the cotton mill in Dyersburg in about 1945.  Lindell worked for 32 years at the mill [8] which was not far from the home he built on Kist Avenue in Dyersburg. He bought several rental houses in the neighborhood, which kept him busy during retirement. He eventually owned 6 houses and he collected rent weekly. Everyone was paid weekly from the mill and welfare checks were also paid weekly in Tennessee.  He was an avid collector, and his property had trails through piles of collected equipment parts and potentially useful items.[4]

His granddaughter Connie Davis cannot remember ever seeing her grandfather wear anything but overalls. He had a deliberate manner about him and never seemed to rush for any reason. He was always wheezing and she can picture him and Grandmother Johnson sitting on their porch swing in the cooler evening air while the grandchildren ran around with jars catching fireflies.[4]

In 1989 the State Gazette, published in Dyersburg, TN, published a front page photograph of Lindell hoeing the crabgrass. He was 84 years old at the time. [9]

Lindell died at a nursing home in Gibson county, which was near the home of his eldest daughter, Earline.[1][10]

Is Lindell your relative? Please don't go away!

ask our community of genealogists a question.
Sponsored Search by Ancestry.com
DNA Connections
It may be possible to confirm family relationships with Lindell by comparing test results with other carriers of his Y-chromosome or his mother's mitochondrial DNA. However, there are no known yDNA or mtDNA test-takers in his direct paternal or maternal line. It is likely that these autosomal DNA test-takers will share some percentage of DNA with Lindell: 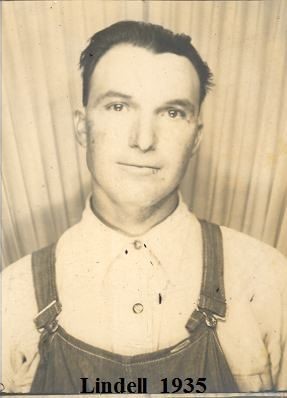 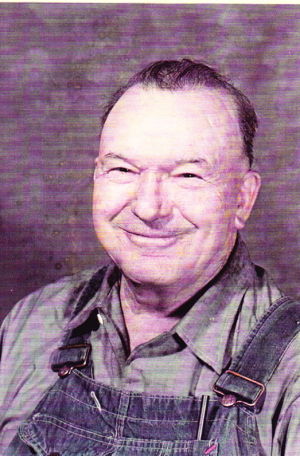 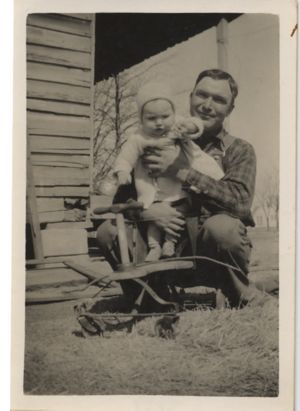 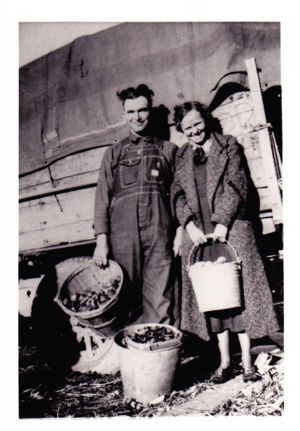 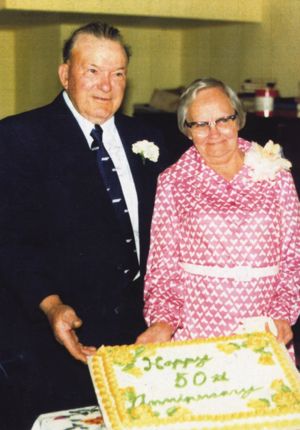