Chuck Jones is the son of Mabel McQuiddy Martin and Charles Adams Jones.

After his career at Warner Bros. ended in 1962, Jones started Sib Tower 12 Productions, and began producing cartoons for Metro-Goldwyn-Mayer, including a new series of Tom and Jerry shorts and the television adaptation of Dr. Seuss' How the Grinch Stole Christmas!. He later started his own studio, Chuck Jones Enterprises, which created several one-shot specials, and periodically worked on Looney Tunes related works.

Jones was nominated for eight Academy Awards, winning three times. He won for the cartoons For Scent-imental Reasons, So Much for So Little, and The Dot and the Line. Robin Williams presented Jones with an Honorary Academy Award in 1996 for his iconic work in the animation industry. Film historian Leonard Maltin has praised Jones' work at Warner Bros., MGM and Chuck Jones Enterprises. He also said that the "feud" that there may have been between Jones and colleague Bob Clampett was mainly because they were so different from each other. In Jerry Beck's The 50 Greatest Cartoons, ten of the entries were directed by Jones, with four out of the five top cartoons (including first place) being Jones shorts" (wikipedia excerpt).

Is Chuck your ancestor? Please don't go away!

ask our community of genealogists a question.
Sponsored Search by Ancestry.com
DNA
No known carriers of Chuck's ancestors' DNA have taken a DNA test. 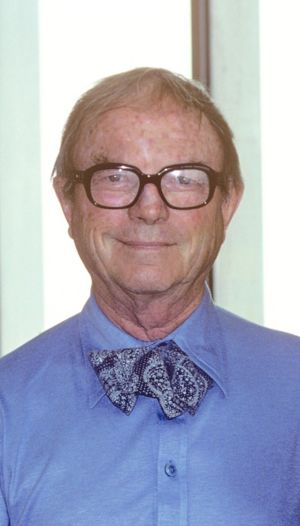 Chuck is 21 degrees from Laurie Giffin, 30 degrees from Toni Morrison and 18 degrees from Henry VIII of England on our single family tree. Login to find your connection.