David Bowie was a major figure in the world of popular music for over four decades, renowned for his progressive innovation in the 1970s. He was inducted into the Rock and Roll Hall of Fame in 1996.[1][2]

David Robert Jones was born to Margaret Mary "Peggy" and Haywood Stenton "John" Jones January 8th, 1947 in Brixton, London, England.[3] At the age of nine, his dancing during the newly introduced music and movement classes was strikingly imaginative: teachers called his interpretations "vividly artistic" and his poise "astonishing" for a child. He started playing the saxophone at age 13. During a fight in his younger years, he was struck by a blow to his face which left one eye permanently dilated. [1][3][2]

Soon David was performing with a number of different bands, learning his love of the stage and performance. By 1966 he was David Bowie, and started his solo career. It wasn't until 1969 that he started to gain fame with Space Oddity.[1][3][2]

1972 was David's year to skyrocket to fame, as his persona Ziggy Stardust appeared. The creativity of the performances as such was an explosion on the rock scene and the birth of glam rock. Even while his own career was rising, David was working as a producer on other artists' albums, including Lou Reed and Mott the Hoople.[1][3][2]

Following his early seventies tours, David changed the members of his band. He spent some time with John Lennon in the studio and discovered future R&B legend Luther Vandross. Vandross sang back up on some of David's tours at the time.[1][2]

David decided to venture into acting in the mid-seventies, moving to Los Angeles. He starred in the "The Man Who Fell To Earth." David's musical persona was reborn again, this time as the "Thin White Duke." Soon, David was living in Berlin experimenting with surrealism in his music. David continued acting and performing through the seventies, ending the decade with his Broadway debut in "The Elephant Man".[1][2]

David and Angie divorced on 8 February 1980 in Switzerland. David opened the decade with joint venture with Queen, "Under Pressure". He spent more time acting. He was awarded MTV's Video Vanguard award in 1984 and continued to collaborate with a number of artists on songs and albums. 1988 saw the formation of his new endeavour, a band, Tin Machine. The band only lasted two albums, though.[1][2]

On 24 April 1992, David married Somali-American model Iman in a private ceremony in Lausanne. The wedding was later solemnized on 6 June in Florence. David released one of the first rock album CDs in 1993. He continued writing and releasing music. A collaboration of a different sort began when he toured with Nine Inch Nails, performing music he hadn't even released yet.[1][3][2]

In 1996, David released the first song ever available for download over the internet, "Telling Lies", which was later available on his album Earthling in 1997. Despite the incredibly slow download speeds, it was downloaded more than 300,000 times before the album was later released. By 1998, he had released BowieNet, the first artist-offered internet provider. Once retired, it would simply be davidbowie.com.[1][2]

David and Iman welcomed their daughter, Alexandria "Lexi" Zahra Jones, in August 2000. David was enjoying a quiet period, only emerging into the public eye occasionally. He started working on a new album, releasing Heathen in 2002. He played more instruments on that album than any one prior. The next album, Reality, was well-received and David toured after its release, his last major tour. David would again withdraw from the public view for the most part, showing up only on occasion for fundraisers and tributes. In 2006, he received a Lifetime Achievement Grammy.[1][3][2]

On his 66th birthday in 2013, David released a new single, "Where Are We Now?" and announced the release of his new album, "The Next Day". David remained private, doing little to promote the album, which shot to the top of the charts, nevertheless. 2014 marked 50 years in the music business for David, and a compilation of his hits and oddities was released. A new Broadway musical featuring his music, Lazarus, based on the novel which inspired his debut acting role, "The Man Who Fell To Earth" debuted in 2015. His final album, Blackstar, (actually a symbol) was released in 2016 just days before his death.[1][3][2]

Sponsored Search by Ancestry.com
DNA
No known carriers of David's DNA have taken a DNA test. 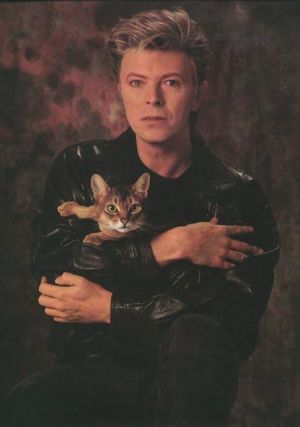 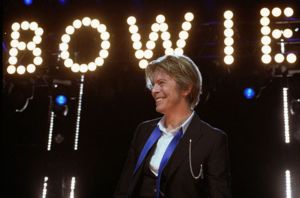 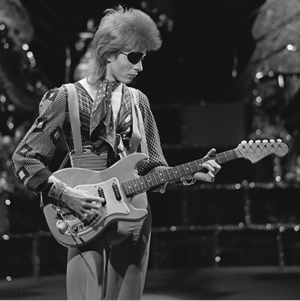 Raewyn Vincent
Love the profile. Thank you for creating one for such a legend.
posted Jan 13, 2020 by Raewyn Vincent

Sure, she had a father James, as did the one from Wigan, but the marriage certificate says that that particular James (a soldier?) was already dead at the time of the marriage in January 1912.

The James from Pemberton (a collier) did die in 1912 but his death was recorded in the Apr-May-Jun quarter of 1912 - after that marriage. Age discrepancies also pop up everywhere for Margaret in the census/1939, etc.

So it seems to me as though this tree might be wrong in that direction. Sad, I know because I have Heatons from Wigan and it would have been good to have a connection to Bowie.

David is 30 degrees from Danielle Liard, 24 degrees from Jack London and 21 degrees from Henry VIII of England on our single family tree. Login to find your connection.