James Warren "Jim" Jones was born in 1931 in Crete, Indiana to James Thurman Jones and Lynetta (Putnam) Jones. His father was disabled and unable to work for most of Jim's childhood and had to be supported by the extended Jones family. When he was young, they moved to the small town of Lynn, Indiana, which is where his father died in 1951.[1]

Jim Jones is most commonly known for his leadership of the Peoples Temple, now considered a cult, which relocated to Guyana in 1977, where the majority of the members (918 people) were murdered or committed suicide by cyanide-laced Flavor Aid (often mistakenly referred to as Kool-Aid[2]), forced injections, or gunshots on 18 November 1978.[1]

Jones married Marceline Baldwin on 12 June 1949 in Wayne County, Indiana.[3] Marceline was actually his third cousin, although it is unknown if they knew of their relation. He and Marceline would go on to have one biological child as well as six adopted children of different races, which they described as their "Rainbow Family." Jones also acknowledged paternity for two children born to other women. One adopted daughter, Stephanie, died in a car crash in 1959. Of the rest of his children, all but four perished in Jonestown, Guyana on 18 November 1978. His daughter Suzanne had left the Peoples Temple before it had relocated to Guyana and was in the United States at the time of the murders/suicides. Three of his sons were in Guyana's capital, Georgetown, at the time for a basketball game.[1] Children whose names are in italics died in Jonestown.

In their wills written in August 1977,[4] Jones and Marceline also acknowledged Johnny Moss Brown (b. 1950, Texas, United States) as their adopted son, although he was never formally adopted.[1] He also died in Jonestown.[5]

Children with Other Women

Jones and his wife Marceline eventually moved to Indianapolis, where Jones founded a church, Community Unity, which eventually became the Peoples Temple. The church was based on egalitarianism, social justice, and socialism, although he kept the latter hidden from most followers until later. Jones became active in the city politics, working to end the city's racist policies. Indiana law prevented the church from having non-profit status unless they were associated with a recognized religious organization, so the church eventually attached itself to the Disciples of Christ, with Jones becoming a Disciples of Christ minister. According to Jeff Guinn, the association to the Disciples of Christ was in name only, as Jones himself was either agnostic or atheist and would eventually begin to preach that he was a reincarnation of Jesus, Buddha, and Vladimir Lenin, among others.[1]

In the early 1960s, Jones began to preach about a vision he had of an impending nuclear apocalypse and moved his family to Belo Horizonte, Brazil, which was mentioned in an Esquire article as being a safe haven in the case of nuclear warfare due to its geographical features. Jones's intention was to eventually move his congregation there. Jones and his family spent about two years in Brazil, moving from Belo Horizonte to Rio de Janeiro. Ultimately, the language barriers and overwhelming poverty prevented Jones from gaining a following in Brazil, so he moved his family back to Indianapolis at the end of 1963. When he returned from Brazil, he still preached of a nuclear war that would begin on July 15, 1967. He then moved his congregation to Redwood Valley, California, which had also been mentioned as a safe place in the same Esquire article.[1]

In the 1970s, Jones began to spread his ministry to San Francisco and Los Angeles as well and go on tours across the country. He also began to tighten his hold on his followers, encouraging Temple members to live communally, giving up all material possessions and finances to the Temple. Material possessions were sold in Temple-run secondhand shops and any outside income went directly to the Temple. This simultaneously increased the Temple's financial means and made defection difficult. Illicit drugs, alcohol, extramarital sex, homosexuality, movies, television, outside news sources, and other activities were expressly forbidden, although Jones himself was addicted to barbiturates and engaged in many affairs with other female and male Temple members. Jones also discouraged police involvement in any Temple affairs, preferring to administer his own (usually corporal) punishment for even minor infractions.[1]

In 1977, Jones and many other Temple members moved to the Peoples Temple Agricultural Project (eventually renamed "Jonestown") to create a "socialist paradise" for his followers. Jonestown was located in a remote area in the jungles of Guyana. Members were not allowed to leave Jonestown once they entered it. The population of Jonestown eventually reached about 1,000 people.[6]

Later that year, back in California, Temple defectors and relatives of current members formed a group called Concerned Relatives of Peoples Temple. Together, they compiled and distributed a collection of documents with allegations of human rights allegations committed by Jones in California and in Jonestown.[1]

On 14 November 1978, Leo Ryan, the U.S. Representative of California's 11th congressional district, along with his staff, members of the press, an NBC TV team, and several Concerned Relatives, traveled to Georgetown, the capital of Guyana, to investigate the allegations of human rights violations at Jonestown. After several days of negotiations, on 17 November, several of the travelers, including Mr. Ryan, boarded a small plane to travel to an airstrip a few miles away from Jonestown. Although the reactions of Jonestown residents were outwardly welcoming, a few members were able to indicate to the congressman that they needed his help to leave. The next day at Jonestown, 18 November, a Peoples Temple member attacked the congressman with a knife, which led them to call a temporary end to their visit. The congressman with his group, along with 14 defectors and one Temple member posing as a defector, left Jonestown for the airstrip. However, when the plane arrived, the Temple members opened fire on the group, killing Leo Ryan and four others and wounding nine.

Meanwhile, at Jonestown, Jones initiated a mass murder/suicide ritual to kill all the residents at Jonestown. Temple members were instructed to drink cyanide-laced Flavor-Aid. He instructed that children were to receive the drink first. Those who resisted his instructions were held down and shot, injected with poison, or otherwise forced to drink the poison. Some Temple members were able to escape into the jungle, but most were not able to do so. In total, 909 people, including 304 children, died at Jonestown that day, plus four more at the Temple's headquarters in Georgetown, Guyana.[1]

Jones died on 18 November 1978 by a gunshot to the head. The Guyanese medical examiner stated that the angle of the gunshot was consistent with a self-inflicted wound.[1] However, at least one survivor claims that Jones had his nurse (Annie Moore[1]) shoot him instead.[7] In addition to Jones, Jones's wife, Marceline, his son Lew, Lew's wife and son, his daughter Agnes, Agnes's husband and four children, his son John Victor, his son Kimo, and a surviving son's pregnant wife died that day as well. Three of his sons survived because they were away in Georgetown for a basketball game. Another daughter, Suzanne, survived because she had left the Temple prior a few years prior and was living in the United States at the time.[1] His remains were cremated and scattered at sea.[8] 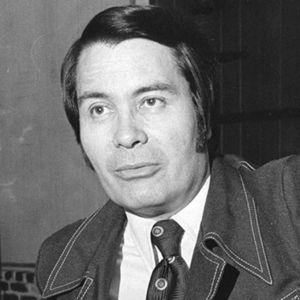 Ray Jones
Here is an amazing 2018 article from a woman who survived the Jonestown Massacre.

Jim is 20 degrees from Jaki Erdoes, 19 degrees from Wallis Windsor and 18 degrees from Henry VIII of England on our single family tree. Login to find your connection.