Jacob Kaiser was a Volga German.

Jake's grandfather was Christian Jacob Kaiser and his father was Georg Jakob Kaiser. He is a direct descendant of Johannes and his wife Anna Margaretha Kaltenberger, two of the first settlers of Grimm, Saratov, Russia.

His parents Georg Jakob Kaiser and Charlotte Kerbel were married in 1903, and the following year on June 29, 1904, their first child, Alexander, was born.

In the late 1800s and early 1900s, Germans were disillusioned with life in Russia. The government had reneged on some of their promises to the settlers, and many dreamed of a better life in another country. In early 1907, Georg Jakob and Charlotte decided to immigrate to the United States with their young son Alex, Jake's oldest brother. They traveled in a group with other family members and their children. Upon their arrival at Ellis Island, it was discovered that one of the children had an ear infection and the child was denied entrance to the U.S. Rather than break up their families, neither family chose to remain, but that said, they still did not want to return to Russia. Instead they boarded a ship that was headed to South America.

The ship docked in Argentina, and the two families made their homes there. Already pregnant at the time of their travels, Jake's wife gave birth to son August Kaiser on April 26, 1907, in Bahia Blanca. The growing family remained in Argentina for perhaps a year, but his wife Charlotte was miserable. As soon as it was financially possible, the family moved back to Grimm, probably in late 1908 or early 1909. Jake was born in Grimm on April 28, 1910.

Back in Grimm, nothing had changed, and Georg Jakob and Charlotte were still restless for a new life. Once again they made plans to immigrate to the U.S. The family left Russia and made their way south to England, the first leg of the journey.

Once in England, they headed to Liverpool where they boarded American Line's S.S. Merion and set sail for the Port of Philadelphia. The trip must have been far easier than the one the family took four years earlier to Ellis Island. That's because service to Philadelphia was designed to carry only one class of passengers, rather than three classes. According to http://www.gjenvick.com/, the passenger service on the S.S. Merion was considered exclusively second class, a far better option for those who usually traveled in steerage.

At a top speed of 14 knots and with no additional stops, the trip would have lasted almost 10 days. The ship entered the Port of Philadelphia on October 3, 1911. This time there were no problems with sick travelers and the families were allowed to enter the country.

Although the family's first destination was Illinois to visit friends, their first residence was in Colorado. As was typical for Germans from Russia, Georg Jakob was a hard worker, willing to do anything to support his family. Whatever he earned at his first jobs, however, wasn't enough to care for his growing family. His wife may have worked intermittently after her boys were in school. Their son Alex was forced to drop out of school and start working to help support his family. He probably worked in the nearby sugar beet factory or fields. His second eldest son, August, was the first in the family to graduate from high school, and Jake followed suit a few years later.

At some point between 1911 and 1920 the family moved to Fond du Lac, Wisconsin, since they are listed as residents of that town in the 1920 U.S. Census. In reality, however, they must have gone back and forth between Wisconsin and Colorado for a period of time since their youngest son, Paul, was born there on March 29, 1922. Furthermore, son August graduated from high school in Fort Collins in 1924. Jake graduated from high school in Fond du Lac.

By 1925, however, the family was all together Fond du Lac, a town where many of their friends and family members from Grimm were living. By this time, Georg Jakob had put his carpentry skills to work at Northern Casket Company, just blocks away from the family's home on North Brooke Street.

Jake met Emma Becker in Fond du Lac, Wisconsin. They married in the early 1930s, and their son Jerome "Jerry" Kaiser was born in 1934.

His mother, Charlotte, died unexpectedly in 1939 when Jake was only 28. His father died August 5, 1963. They are buried in Estabrooks cemetery in Fond du Lac.

By 1940, Jake and his family lived at 5462 North 38th Street in Milwaukee, Wisconsin. He worked as a booker for a large Hollywood movie studio. 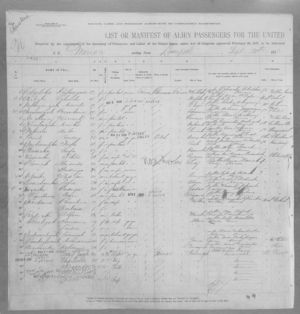 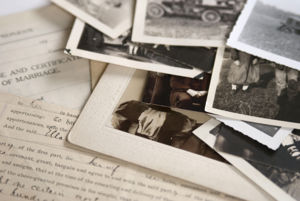 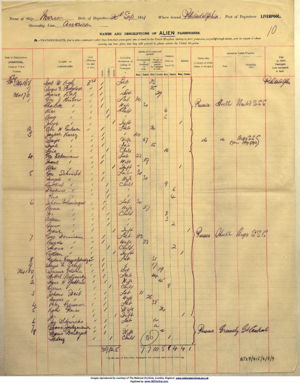 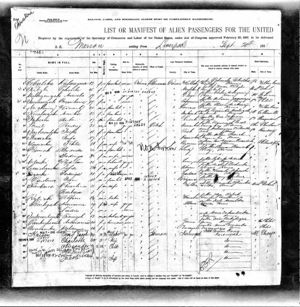