Priar Karar was born in India

Priar Nath Karar was born on 10 May 1855 in Serampore, West Bengal, British India. He was to become known by "his monastic name Sri Yukteswar Giri (also written Sriyuktesvara, Sri Yukteshwar) (Devanagari: श्रीयुक्तेश्वर गिरि ), [as] an Indian monk and yogi, and the guru of Paramahansa Yogananda and Satyananda Giri" (Wikipedia: Swami Sri Yukteswar Giri). His parents were Kshetranath and Kadambini Karar. His father was a wealthy business man (Yogananda, 1993, p.124), with an ancestral mansion at Serampore that would become his first ashram named 'Priyadham', and considerable land-holdings.

Priar Nath had little formal schooling but did attend "Srirampur Christian Missionary College, where he developed an interest in the Bible. This interest would later express itself in his book, The Holy Science, which discusses the unity behind the scientific principles underlying Yoga and the Bible. He also attended Calcutta Medical College (then affiliated with the University of Calcutta) for almost two years" (Wikipedia: Swami Sri Yukteswar Giri).

While telling Yogananda (p.124) about his early life he mentioned that he had had a wife and child, a daughter [no names given], but when his wife passed away, he joined the Swami Order and was given the name Sri Yukteswar. This had all taken place before Yogananda was born in 1893, with Priar Nath's first meeting with his Guru to be, Lahiri Mahasaya in 1884, who initiated him in Kriya Yoga[1] and spent a lot of time together (Wikipedia: Swami Sri Yukteswar Giri).

Sri Yukteswar Giri's first meeting with Lahiri's Guru, Mahavatar Babaji, who initiated Lahiri in Kriya Yoga, took place in January 1894, at the Kumbha Mela at Allahabad[2], when he gave him the title Swami, to be formally initiated later, and Babaji asked him to write the The Holy Science book that was done in the same year (Yogananda, pp.387-91). The 7th Edition 1972 has the author titled 'Jnanavata Swami Sri Yukteswar Giri' that means 'Incarnation of Wisdom', who was the gurudeva of Paramahansa Yogananda, who wrote the Foreword, dated 1949. The purpose of the book was to show that there is an essential unity in all religions, no difference in their truths, one Goal admitted by all truths. It is the ignorance of humans that is the problem.

Puri Ashram and other interests

In 1903, he established a second ashram, at Puri, which he named 'Karar Ashram', where he would also teach his disciples/students the path of Kriya Yoga. He was a highly respected guru, "known for his candid insight, stern nature and strict disciplinary training methods" (Wikipedia: Swami Sri Yukteswar Giri), but only had a few long-term disciples.

He had many other interests, including being a Jyotisha (Vedic astrologer), a scholar of the Bhagavad Gita and the Upanishads, an educator, author, and astronomer (op.cit.).

His two most successful disciples, Paramahansa Yogananda and Satyananda Giri would write many fascinating anecdotes about his life, the former in his 'Autobiography of a Yogi', and the latter in 'Swami Sri Yukteshvar Giri Maharaj: A Biography'. The former mentions several instances of Sri Yukteshvar's healing powers including his own of a painful liver condition (Yogananda, 1993, pp.190-91).

He made his transition on 9 March 1936, his body aged 80 years, not 81 as reported in the Calcutta newspaper Amrita Bazar Patrika. Paramahansa Yogananda tells how he found Swami Sri Yukteswar Giri's body sitting in the lotus posture when he arrived at the Puri Ashram. "He had consciously relinquished his body at the hour of mystic summoning" (Yogananda, 1993, p.471). As a Swami, he was buried, not cremated, on the following day, with Yogananda conducting the ceremony in the gardens of the Puri Ashram, where a Memorial Temple was built in 1977.

Chapter 43 (Yogananda, 1993, pp.475-496) is titled "The Resurrection of Sri Yukteswar". In this connection it may also be noted that Mahavatar Babaji, whose earthly birth time is unknown, likewise that of his sister Mataji, and also Lahiri Mahasaya born 1828, were all able to materialise their bodies at will (op.cit.,p.351-52).

Is Priar your ancestor? Please don't go away!

ask our community of genealogists a question.
Sponsored Search by Ancestry.com
DNA
No known carriers of Priar's ancestors' DNA have taken a DNA test. 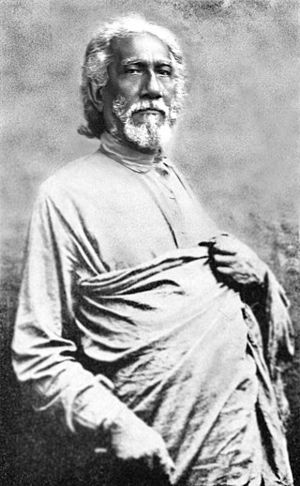