Arrival in Victoria Margaret was in Newtown, Geelong, Victoria by 1862 when her son John was born. Margaret and Michael were married in 1865 at St Mary’s Geelong, both resident at Little River near Geelong. Michael is 47, a labourer, Margaret a servant. Together they had seven children.

It is possible Michael and Margaret came to Monaro droving. If so she would have been heavily pregnant with twins Mary and Peter, whose birth was registered in the Cooma district 18 September 1865. Interestingly a Mrs. Catherine McDonald is the witness to Mary's birth. Peter died in 1900 while working as a bullocky "... death of Peter Slavin at Numbugga on Tuesday afternoon last. The inquest ....[1] [2]

They settled at what became known as Slaven's Farm, near Warregal Corner Road, Nimmitabel. Margaret is listed as holder of the property at "Summer Hill" in 1885. 1885 Land Return. A descendant is a a photographer and took a great photo of the old slab farmhouse [3] The other photos in the Alpine album show the country they lived in, near Nimmitabel and the Snowy Mountains in New South Wales. Mrs Slaven, Glenbog is listed in the 1891 NSW Census, with 5 male and 2 female household members. Investigate Elizabeth Slavin 9732/1869

Margaret's Death Certificate tells us her mother was Bridget Dwyer, and her time in the colony 62 years based on an age of 89, place of birth Limerick. This would make her age at arrival in Australia 27 (~1855) and at marriage 33. She died at Riverview, Bombala where her son John lived.

--Investigate any link to William b 1837, also resident in Geelong. Descendants at 5 to six generations are not a DNA match on either Kearney or Gorman lines.

-Margaret's brother Thomas migrated to Victoria on the Invincible, ex Liverpool, 1854. Several Margarets arrived as Assisted migrants in the time frame near 1855 who are around the right age, and who will be difficult to distinguish in subsequent records:

These women are less likely: -Margaret 1830 with family on the Formosa 1839, family settled in Mudgee NSW

--Little River, Victoria high numbers of single women from Ireland represented a distinctive feature of assisted migration to Port Phillip during them1840s. 57% of the total from Ireland, were from the Munster counties of Tipperary (433), Cork (245), Clare (129), and Limerick (89) From First wave [[2]]

--There was a population explosion in Little River between 1860 (less than 100) and 1865, so it is likely Margaret and Michael arrived in that timeframe

--A group of McDonalds from Moidart in the Scottish Highlands who emigrated in 1852 settled as farmers in Little River, providing a possible link to Nimmitabel, where the 1838-40 Moidart McDonald immmigrants had settled. The Marco Polo 1852 was one of the HIES ships [5]

--A Margaret Carney or Kearney is recorded as a parent at a baptism in 1842/44 in Geelong [Church register Group ID: 9637 GDHA]. It is possible that teenaged Margaret gave birth to an illegitimate daughter, and that their stories were conflated over time

ask our community of genealogists a question.
Sponsored Search by Ancestry.com
DNA Connections
It may be possible to confirm family relationships with Margaret by comparing test results with other carriers of her mitochondrial DNA. Mitochondrial DNA test-takers in the direct maternal line: It is likely that these autosomal DNA test-takers will share some percentage of DNA with Margaret: 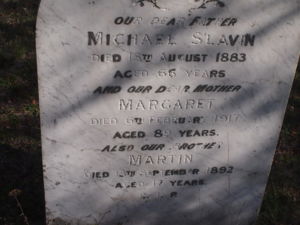 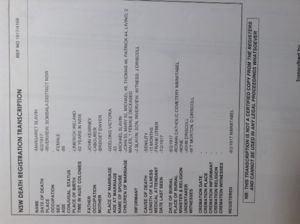 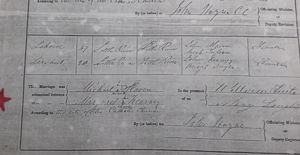 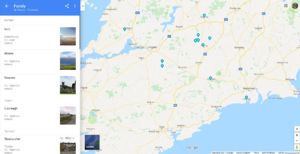