Robert grew up by Detroit near the auto factories and was the inventor of the intermittent windshield wipers using an electric motor developed in the 1960s. His patent was filed in 1964.

When he presented his idea to the big automakers, they were not interested. However, by 1969, the intermittent windshield wiper was appearing on new models, starting with Ford.

Robert spent most of his life after 1969 suing automakers for patent infringement. He felt he deserved the credit and to be the sole manufacturer of this auto advancement.

His story is told in the 2008 movie Flash of Genius. 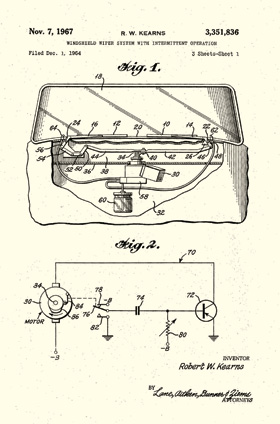