Urho Kekkonen was the eighth and longest-serving President of Finland, in office from 1956 to 1982.

During the Finnish Civil War, he fought on the side of the White Guard. Later he trained as a journalist.

He married Sylvi Salome Uino in 1926, and they had two sons: Matti and Taneli.

After entering politics in the 1930s, he won the 1956 Presidential election and served four terms until 1982. Failing health and increasing political opposition led to his retirement on 27 Jan 1982.

His biggest political legacy was his policy of Finnish neutrality between the West and Eastern Bloc, allowing bilateral trade and sustained economic growth. Despite popular support, he was criticised for what his opponents called authoritarian behaviour. After he left office, the office of President had its powers reduced and a two-term limit was imposed.

He passed away at his residence at Tamminiemi, Helsinki, on 31 Aug 1986.

Is Urho Kaleva your ancestor? Please don't go away!

ask our community of genealogists a question.
Sponsored Search by Ancestry.com
DNA
No known carriers of Urho Kaleva's DNA have taken a DNA test. 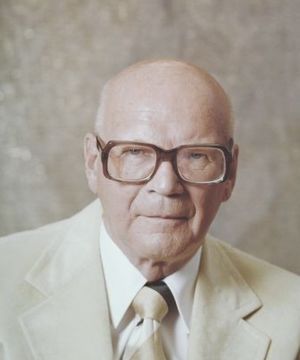