The Kelly Gang and Kelly Family

Maggie Kelly was the fourth child of John Kelly and his wife Ellen, nee Quinn she was born at Wallan on family15 June 1857 and christened by Father O'Hea on 11th August 1857 at St. Pauls Catholic Church in Coburg. Margaret started her schooling at the Catholic School at Beveridge, and later, when the Kelly family moved to Avenel, she attended the Richardson's Church of England School in Avenel. Her father died in Avenel in 1866, and her widowed mother moved to Greta a year after that Mrs. Kelly moved to Eleven Mile Creek.

Maggie married William Skillion, she was only 16 years old he was eight years older than her William had known the Kellys from childhood their Wedding took place in Benalla on the 17th of September, 1873. The young couple also selected on the Greta road, very close to Mrs. Kelly, Maggie still helped her mother with the children when she married her second husband, George King. Ellen had three more children.

On the 15th of April 1878, Alexander Fitzpatrick, a young police constable Alexanderr Fitzpatrick,, paid a visit to the Kelly household, he was drunk and claiming he had a warrant for the arrest of Dan Kelly for horse stealing he made a pass at Kate. Constable Fitzpatrick gave false evidence and was believed by the police, because of his statement , Mrs. Kelly, William Skillion and William Williamson were charged with aiding and abeting Ned Kelly with shooting with intent to murder Constable Fitzpatrick, they were tried at the Beechworth Assizes and sentenced by Judge Barry to long terms of imprisonment with hard labour.

Maggie's husband William Skillion was not even present at the Kelly homestead when the argument with Fitzpatrick took place he was the victim of mistaken identity, for Fitzpatrick was drunk and took Joe Byrne for Skillion ,William Williamson was splitting logs on his selection just half a mile from the Kelly homestead on that day. Ned and Dan Kelly were now outlaws.Mrs.Ellen Kelly was released on 7th February 1881 William Skillion was released on 11th June 1883, after having served the full sentence, it was revealed in a report that Joe Byrne, not Skillion, was present he never returned to his wife and children.Maggie was prepared to do everything possible to help her brothers, and so were her young sisters,.They supplied them with food and clothes, ammunition and news, that were very important for their survival and safety

Maggie saved some money to get a lawyer, who would organise a new trial for her mother, but her effort was in vain. Maggie met Thomas Peter Lloyd he was the son of John Lloyd and his wife, Catherine, nee Quinn he was an excellent horseman, a tough and courageous man, and he was Ned and Dans cousin without his help and support the Kelly gang wouldn't of been free as long as they were. Maggie and Tom were in constant attendance at Ned's trial, and were in Melbourne right up to the end.Maggie and Tom lived under common law marriage as their religion would not have recognised Maggie's divorce, the couple had a large family eleven children. Tom became a successful farmer and a reputed horseman. Margaret died of rheumatic gout in Greta on 22nd January 1896 she was only 39 years old.

ask our community of genealogists a question.
Sponsored Search by Ancestry.com
DNA Connections
It may be possible to confirm family relationships with Margaret by comparing test results with other carriers of her mitochondrial DNA. Mitochondrial DNA test-takers in the direct maternal line: 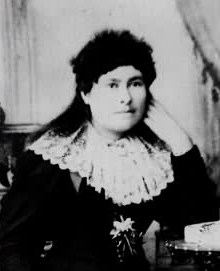