John Kelly Sr. aka Kelley
Born about 1750 in Ireland

NOTE: The parents for this John Kelly are unknown. Speculation has indicated that a Patrick Hendrix Kelly and a Rose Mckay are his parents but no proof is given. Given his immigration story, it would be wonderful to discover who his parents were as the story seems to indicate that his parents stayed in Ireland.

Earliest known documentation on John Kelley comes from Goodspeeds biographical sketch on O.M. Kelley circa 1887. It is repeated by researcher Elizabeth Kelley Wade in 1975 in The Nollichuckey Kelly/Kelley’s.

Excerpt: John Kelley, Sr., the grandfather, came from Ireland at his majority, in 1771, and on account of the captain’s pretense of having lost his bearings, but probably was because he had an eye on the slave trade, their vessel drifted so far south that the heat was intense, and they were thirteen weeks in reaching their destination, and then only because, after fourteen days in such heat that the ship’s chains would sizzle as they touched water, they persuaded the captain with the rather forcible argument that they would throw him overboard if he didn’t change his course. He landed on the North Carolina coast, taught school, and finally married Anna Hunter, by whom he became the father of three children: John, Joseph, and Andrew. He crossed the mountains at Kelley’s Gap, and settled in Greene County, where some of his descendents still live, and hold as a relic his old chest brought from his native land. [1] [2]

Note: Service in Revolution is unsubstantiated. Confused with another documented John Kelly

Born 1750 John Kelly Birth based on Goodspeeds stating that he came from Ireland to America in his majority, in 1771. If majority means 21, then his birth is 1750.

Note: 22 Aug 1750 is a date some give as his birthdate but no source is provided.

1780 Battle of Kings Mountain. Presumably, Robert Seiver (Brother of John Seiver) led a company of "Nolichuckey Riflemen" from the Greene Co. area. The implication is that John Kelley was part of this group of "Nolichuckey Riflemen". However, while often claimed, no proof has been established that this John Kelley was among those men. A John Kelley from South Carolina has been documented at the Battle of Kings Mountain and his service is often claimed as proof for this John Kelley. More work is needed in this area. (see [6] p.3)

1783 John Kelley appears on the Tax list of the 4th District establishing him in the Nolichuckey settlement. [8] Original Source Needed

1785 Greeneville now the center of government for the State of Franklin.

Children of John and Anna Hunter

Children of John and Margaret Hutchinson

Sources to be found:

The history of the Harrison family is recorded in "Settlers by the Long Grey Trail" by J. Houston Harrison."

He received several Land Grants, one for one hundred acres No. 1405 on south side of the Nolochucky River. He deeded to his son John Jr. another one for six hundred and forty acres Grant No 2223. I have a record of six hundred and forty acres Grant he got from a Robert King, Grant No 2393 in Hawkins County, Tennessee. It was from Green County, Tennessee I received his Estate Sale with all his family recorded with his second wife, Margaret.

Sponsored Search by Ancestry.com
DNA Connections
It may be possible to confirm family relationships with John by comparing test results with other carriers of his Y-chromosome or his mother's mitochondrial DNA. However, there are no known yDNA or mtDNA test-takers in his direct paternal or maternal line. It is likely that these autosomal DNA test-takers will share DNA with John: 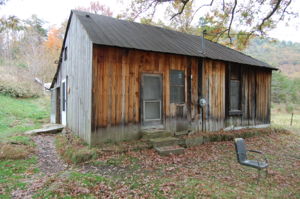 Michael Stills
Kelley-279 and Kelly-6700 appear to represent the same person because: Anna Hunter and John Kelley, Jr are from his first family. Margaret Hutchinson and Elizabeth Kelly are from his second wife.
posted Jan 17, 2016 by Michael Stills

John is 19 degrees from Jaki Erdoes, 16 degrees from Wallis Windsor and 15 degrees from Henry VIII of England on our single family tree. Login to find your connection.