Margaret Louisa Kempe (1806–1867), born in Prince William County, Virginia. Her wealthy planter family had moved to Mississippi before 1816. She was the daughter of Colonel Joseph Kempe (sometimes spelled Kemp), a Scots-Irish immigrant from Ulster who became a successful planter and major landowner in Virginia and Mississippi, and Margaret Graham, born in Prince William County. Margaret Graham was considered illegitimate as her parents, George Graham, a Scots immigrant, and Susanna McAllister (1783–1816) of Virginia, never officially married. After moving his family from Virginia to Mississippi, Joseph Kempe also bought land in Louisiana, continuing to increase his holdings and productive capacity. When his daughter married Howell, he gave her a dowry of 60 slaves and 2,000 acres (8.1 km2) of land in Mississippi.

Margaret Louisa Kempe Howell was the mother of Varina Howell Davis. She married William Burr Howell in Natchez in 1823, and they had settled at The Briars by the end of the decade. She helped care for the older Davis children in Canada while Jefferson Davis was imprisoned after the war.

ask our community of genealogists a question.
Sponsored Search by Ancestry.com
DNA
No known carriers of Margaret's DNA have taken a DNA test. 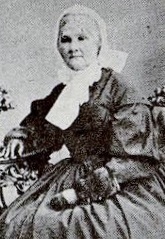