Guy was born on 3 July 1873. He was the son of Alfred Kendall and Susan Andrus.

"Guy R. Kendall, a well-to-do young farmer of Rock county, Nebraska, where he is regarded alike for his manly qualities and his farmer-like ways, was born in Canton, Pennsylvania, in 1873, and reared in Bradford county, that state, until he was eight years of age. He is a son of Alfred C. Kendall, of whom a sketch appears on another page of this work."[1]

In 1880, Guy was living with his parents in Canton, Bradford, Pennsylvania, USA. [2]

"In 1881 the family moved to Nebraska and settled in Cass county, twenty miles east of Lincoln, and in 1884 moved to Rock county, some two and a half miles south of their present dwellings. At an early age our subject began to handle a team and do farm work, and grew up accustomed to all sorts of hard work always to be found in carrying on a farm. He has remained at home with his parents, and has given all his time and best efforts in assisting in the improvement and operation of the large farm described in his father's sketch, being the business manager of their large and varied industries."[3]

In 1900, Guy was living with his father and stepmother, Anna in ED 163 Brinkerhoff Precinct, Rock County, Nebraska. His siblings: Chester, Kate and Minnie were also still living at home.[5]

Mr. Kendall was married June 23, 1903, to Gertrude K. Harrison, born near Jefferson, Green county, Iowa, in 1874. Her people were old settlers in Nebraska, where she was reared and educated. He parents, James H. and Emma (Robinson) Harrison, were old settlers in Keya Paha county, where they started as pioneers, the family at first living in a log house, there first farming being done with a yoke of oxen. They built up a comfortable home in this locality, and were regarded as among the leading citizens of their community. Mrs. Kendall was, prior to her marriage, a teacher in the schools of Rock county for several years, and was a competent instructor and a very estimable lady.

Mr. Kendall has always taken an active part in the school work of his neighborhood, and has held different offices for the past twelve years. He is also active in political matters, and was appointed county commissioner of Rock county in 1900, serving for one term. He was a Republican. Of the fraternal orders he is a member of two, the Odd Fellows and the Modern Woodmen of America. A view of his residence, together with that of his father, is to be seen elsewhere in this work,[6]

Is Guy your ancestor? Please don't go away!

ask our community of genealogists a question.
Sponsored Search by Ancestry.com
DNA Connections
It may be possible to confirm family relationships with Guy by comparing test results with other carriers of his ancestors' Y-chromosome or mitochondrial DNA. Y-chromosome DNA test-takers in his direct paternal line on WikiTree: 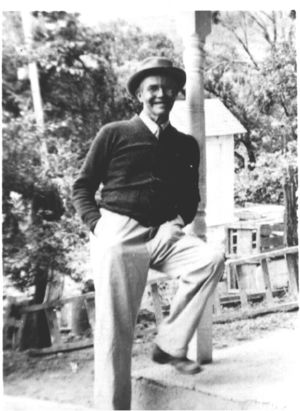 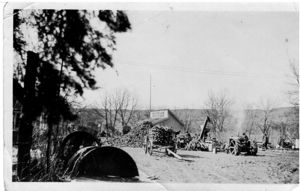 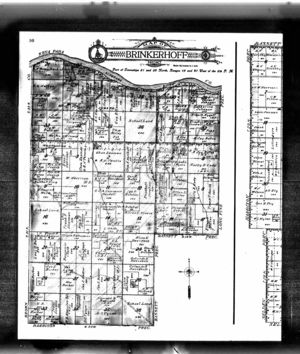 Guy is 25 degrees from Ludwig Kraayenbrink, 16 degrees from Henry VIII of England and 29 degrees from Ferdinand von Zeppelin on our single family tree. Login to find your connection.