Joseph was born in 1915. He is the son of Joseph Kennedy. Joseph's mother was Rose Fitzgerald. He died in action, serving his country, while flying over Suffolk, England on the 12th of August in 1944.[1].

He was educated at Harvard and he was a Lieutenant in the United States Navy during World War II. A Naval Aviator, LT Kennedy was awarded the Navy Cross, the Distinguished Flying Cross, Purple Heart, Air Medal, and various campaign medals for his service. The USS Joseph P. Kennedy, Jr. (DD-850) was named after him.

Handsome, athletic, intelligent and ambitious, Joseph Kennedy Jr. had been pegged by his father as the one among his children who would some day become president of the United States. John F. Kennedy. (2014). [2] 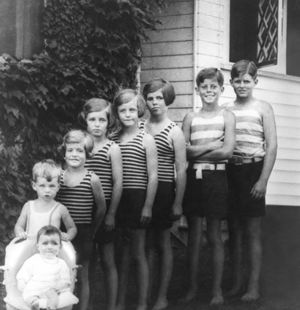 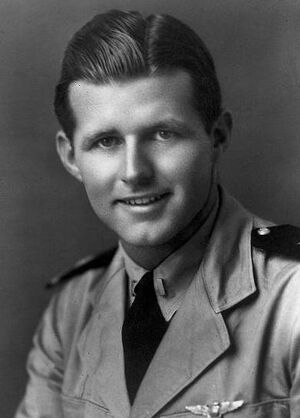