John Fitzgerald Kennedy was born on May 29th 1917 at Brookline, Massachusetts.

His father Joseph Kennedy was an ambitious politician, who rose from son of a pubkeeper to a millionaire. He married the daughter of the mayor of Boston, Rose Fitzgerald. John F. was their second son.[1]

John F. Kennedy served in both the U.S. House of Representatives and U.S. Senate before becoming the 35th president in 1961. As president, Kennedy faced a number of foreign crises, especially in Cuba and Berlin, but managed to secure such achievements as the Nuclear Test-Ban Treaty and the Alliance for Progress. On November 22, 1963, Kennedy was assassinated while riding in a motorcade in Dallas, Texas. [2]

John was born with Addison's disease and given the last rites at birth. He was also chronically ill during his childhood and adolescence; he suffered from severe colds, the flu, scarlet fever and even more severe, undiagnosed diseases that forced him to miss months of school at a time and occasionally brought him to the brink of death.

John became the first president who was a Boy Scout.

Kennedy was bookish in high school, reading ceaselessly but not the books his teachers assigned.

After graduating from Choate and spending one semester at Princeton, Kennedy transferred to Harvard University in 1936. There, he repeated his by then well-established academic pattern, excelling occasionally in the classes he enjoyed, but proving only an average student due to the omnipresent diversions of sports and women. Graduated from Harvard in 1940.

Shortly after graduating from Harvard, Kennedy joined the U.S. Navy and was assigned to command a patrol torpedo boat in the South Pacific. On August 2, 1943 his boat, PT-109, was rammed by a Japanese warship and split in two. Two sailors died and Kennedy badly injured his back. Hauling another wounded sailor by the strap of his life vest, Kennedy led the survivors to a nearby island, where they were rescued six days later. The incident earned him the Navy and Marine Corps Medal for "extremely heroic conduct" and a Purple Heart for the injuries he suffered. [2]

Shortly after his election to the US Senate, Kennedy met Jacqueline Bouvier at a dinner party and, in his own words, "leaned across the asparagus and asked her for a date." They married at St Mary's Catholic Church in Newport, Rhode Island on September 12, 1953, and had three children: Caroline Kennedy, John F. Kennedy Jr. and Patrick Kennedy and 2 children who died at birth.

November 22, 1963 Son, Patrick Kennedy - His body and that of a stillborn sister, whom Jacqueline Kennedy called Arabella, were re-interred on December 5, 1963, alongside their father at Arlington National Cemetery, and later again moved to their permanent graves in Section 45, Grid U-35 Source Wikipedia Reference: Altman, Lawrence K. (29 July 2013). "A Kennedy Baby's Life and Death". The New York Times (New York, New York). Retrieved 29 July 2013.

On November 21, 1963, President Kennedy flew to Dallas, Texas for a campaign appearance. The next day, November 22, Kennedy, along with his wife and Texas governor John Connally, rode through cheering crowds in downtown Dallas in a Lincoln Continental convertible. From an upstairs window of the Texas School Book Depository building, a 24-year-old warehouse worker named Lee Harvey Oswald, a former Marine with Soviet sympathies, fired upon the car, hitting the president twice. Kennedy died at Parkland Memorial Hospital shortly thereafter, at the age of 46.

To the American public, as well as his first historians, John F. Kennedy is a hero -- a visionary politician who, if not for his untimely death, may have averted the political and social turmoil of the late 1960s. In public opinion polls, Kennedy consistently ranks with Thomas Jefferson and Abraham Lincoln as among the most beloved American presidents of all time.

Critiquing this outpouring of adoration, many more recent Kennedy scholars have derided Kennedy's womanizing and lack of personal morals and argued that as a leader he was more style than substance. In the end, no one can ever truly know what type of president John F. Kennedy would have become, or the different course history may have taken had he lived into old age.


Memories: 2
Enter a personal reminiscence or story.
Jacqueline (Wright) Edgar
I was 14 , living in Tyrone, Northern Ireland…i had sneaked out to the cinema ( claiming I was doing homework at a friends house ). We were feeling very pleased with ourselves, then suddenly , the film stopped. A stern announcement was broadcast “ John F Kennedy has been assassinated “ The lights went on and we all trooped out, so shocked and sad , many in tears . Needless to say, my mother found out that I had been at the cinema and I was grounded .
posted 4 Aug 2021 by Jacqueline (Wright) Edgar   [thank Jacqueline]
Becky (Nally) Syphers
Many of us have memories of the day Kennedy was assassiniated. I was a sophmore, sitting in my dorm room, trying to study.A radio was playing in the next room. The music was interrupted with an announcement. Did I really hear what I though I heard? There was an aura of unreality about it. The campus was very quiet and tense the next few days. We had the time off from classes. Since most of us did not have access to a TV, we did not watch the funeral.

A year or so later a friend said that the greatness of Kennedy was his inspiring the idealism of a generation of young people. 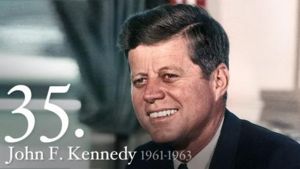 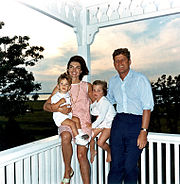 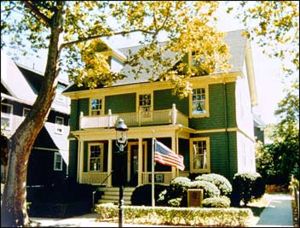 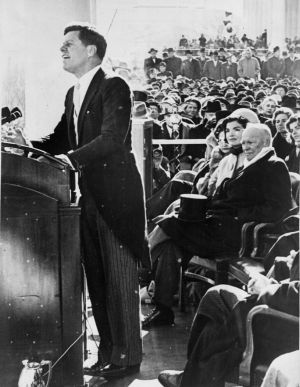 JFK having tea with Caroline 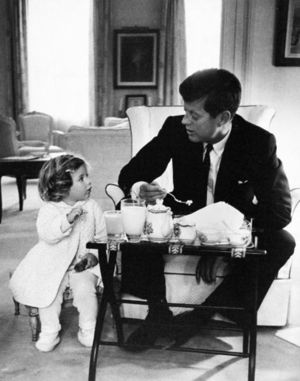 Cheryl (Aldrich) Skordahl
One of the books that John F. Kennedy wrote, "Why England Slept" is now available online at Hathitrust. See this g2g:

Phil Kennedy
He was shot in downtown Dallas and died at Parkland hospital neither of which are in Collin County. Why does this say he died in Colin County?
posted Apr 03, 2016 by Phil Kennedy
[Living Wood]
Correct Date of Death: November 22, 1963

Son, Patrick Kennedy - His body and that of a stillborn sister, whom Jacqueline Kennedy called Arabella, were re-interred on December 5, 1963, alongside their father at Arlington National Cemetery, and later again moved to their permanent graves in Section 45, Grid U-35

Marty (Lenover) Acks
JFK died in 1963. The bottom of the Timeline section says 1964. Also, the article says 3 children but the profile has 4 registered (one stillborn is the difference apparently)
posted Dec 14, 2014 by Marty (Lenover) Acks