Augustus Keppel was born on 25 April 1725 a younger son of William Anne Keppel, Earl of Albemarle and his wife, Anne Lennox and was educated briefly at Westminster School, [1] leaving to join the Royal Navy at the age of ten. [2] Aged 15 he sailed aboard HMS Centurion under Captain George Anson on his mission to harass Spanish shipping along the coast of South America. The arduous voyage lasted for almost four years. Centurion arrived back at Spithead on 15 June 1744, the only ship of the original squadron of six to have survived the entire voyage. [3] He had been promoted to acting lieutenant in 1742, lost many of his teeth to scurvy and made lasting friendships with John Campbell and Charles Saunders. [4]

With his family connections Augustus made rapid progress in his profession and in 1755, while in America he was returned as member of Parliament for Chichester, in the interest of his cousin, Charles Lennox, Duke of Richmond. [5] His father had died suddenly on 22 December 1754[6] and Augustus' brother, George, who had previously held the seat had been elevated to the peerage thus creating the vacancy. [7]

In 1757 Augustus served as a member of the Court Martial that condemned Admiral John Byng to death then sought in the Commons to be absolved from his oath of secrecy so that he would be able to make a plea for clemency. His efforts only succeeded in delaying the execution by a fortnight. [8]

ask our community of genealogists a question.
Sponsored Search by Ancestry.com
DNA
No known carriers of Augustus's ancestors' DNA have taken a DNA test. 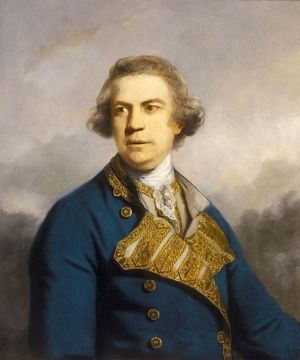