In 1862 Ketchum was awarded the first diploma in civil engineering from the University of New Brunswick. While a student, Ketchum was employed by the European and North American Railway during the summers from 1856 to 1860, first as telegrapher, then as a surveyor and later, as assistant construction engineer. In 1860 was an agent and district engineer for the Santos and São Paulo inclined railway in Brazil. In 1865, he became the resident engineer for the Eastern Extension of the European and North American Railway from Moncton to Amherst. In 1869, chief engineer for the New Brunswick Railway from Fredericton to Edmundston. He became the driving force for the Chignecto Marine Railway which began construction in 1888. The project failed in 1896 and he died soon afterwards.[1] The New Brunswick Reporter and Fredericton Advertiser (September 9 1896) records the moment of his untimely death:

The sudden death of H.G.C. KETCHUM, C.E., promotor and engineer of the Chignecto Ship Railway, was heard in the city with astonishment and sorrow. He died at the Amherst hotel Tuesday about 3:30 o'clock. The following particulars are given in a dispatch from Amherst, N.S. Hale and hearty he drove into town from his residence at Tidnish, Tuesday morn., with his wife and went to his rooms at the hotel. He was in his room talking to his wife and afterwards took up his newspaper and commenced reading it; his wife sitting a short distance from him. He called to his wife and uttered a sharp cry of pain. His wife rushed across to Mrs. Peabody's room and she sent for medical assistance at once, but Dr. McQueen, Morse and Bliss had hardly arrived when deceased gave two gasps and expired, never speaking after his first cry of pain. Deceased was born in Fredericton and was 57 years of age. ... he has lived at his residence, Elmcroft, Fredericton, except when engaged at the Chignecto Railway, his last engineering work. Mr. Ketchum, although a man of robust health, suffered from an affection of the heart, that being the cause of his death. His wife, who survives him, was a daughter of the late Christopher MILNER and sister to Wm MILNER of Sackville, by whom there were no children. The funeral will take place Friday morn., the interment being on the grounds near his cottage at Tidnish Dock, the spot having been selected by himself.[2] 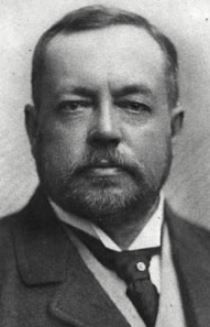