He was the leader of North Korea, the son of Kim Il-sun and the father of Kim Jong un.[1]

There is no official information available about Kim Jong-il's marital history, but he is believed to have been officially married twice and to have had three mistresses. He had three known sons: Kim Jong-nam, Kim Jong-chul and Kim Jong-un. His two known daughters are Kim Sul-song and Kim Yo-jong. Kim's first wife, Hong Il-chon, was the daughter of a martyr who died during the Korean War. She was handpicked by his father and married to him in 1966. They have a girl called Kim Hye-kyung, who was born in 1968. Soon, they divorced in 1969.

Kim's first mistress, Song Hye-rim, was a star of North Korean films. She was already married to another man and with a child when they met. Kim is reported to have forced her husband to divorce her. This relationship, started in 1970, was not officially recognized. They had one son, Kim Jong-nam (1971–2017), who was Kim Jong-il's eldest son. Kim kept both the relationship and the child a secret (even from his father) until he ascended to power in 1994. However, after years of estrangement, Song is believed to have died in Moscow in the Central Clinical Hospital in 2002.

Kim's official wife, Kim Young-sook, was the daughter of a high-ranking military official. His father Kim Il-Sung handpicked her to marry his son. The two were estranged for some years before Kim's death. Kim had a daughter from this marriage, Kim Sul-song (born 1974).

After Ko's death, Kim lived with Kim Ok, his third mistress, who had served as his personal secretary since the 1980s. She "virtually acted as North Korea's first lady" and frequently accompanied Kim on his visits to military bases and in meetings with visiting foreign dignitaries. She travelled with Kim Jong-il on a secretive trip to China in January 2006, where she was received by Chinese officials as Kim's wife.

According to Michael Breen, author of the book Kim Jong Il: North Korea's Dear Leader, the women intimately linked to Kim never acquired any power or influence of consequence. As he explains, their roles were limited to that of romance and domesticity.

He had a younger sister, Kim Kyong-hui.

Is Kim your relative? Please don't go away!

ask our community of genealogists a question.
Sponsored Search by Ancestry.com
DNA
No known carriers of Kim's DNA have taken a DNA test. 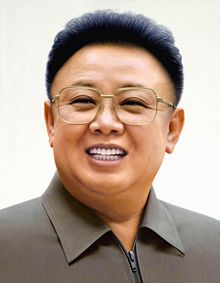 Official portrait issued after his death, 2011 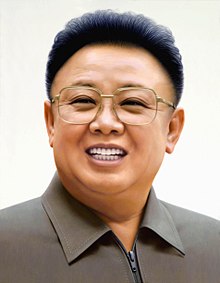 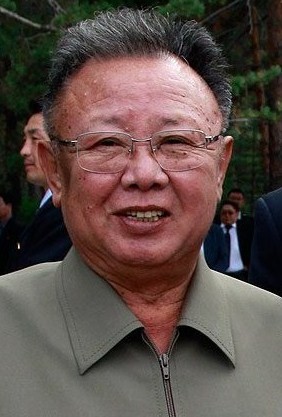