Kim's family is said to have originated from Jeonju, North Jeolla Province. His great-grandfather, Kim Ung-u, settled in Mangyong-dae in 1860. Kim is reported to have been born in the small village of Mangyungbong (then called Namni) near Pyongyang on 15 April 1912, the same day the RMS Titanic sank. Born to Kim Hyŏng-jik and Kang Pan-sŏk, who gave him the name Kim Sŏng-ju; Kim also had two younger brothers, Ch’ŏl-chu (or Kim Chul Joo) and Kim Yŏng-ju. Kim said that he was raised in a Presbyterian family, that his maternal grandfather was a Protestant minister.

Kim Il-sung married twice. His first wife, Kim Jong-suk, gave birth to two sons and a daughter. Kim Jong-il was his oldest son. The other son (Kim Man-il, or Shura Kim) of this marriage died in 1947 in a swimming accident and his wife Kim Jong-suk died at the age of 31 while giving birth to a stillborn baby girl. Kim married Kim Sung-ae in 1952, and it is believed that he had three children with her: Kim Yŏng-il (not to be confused with the former Premier of North Korea of the same name), Kim Kyŏng-il and Kim Pyong-il.

He was born to Kim Hyŏng-jik and Kang Pan-sŏk, who gave him the name Kim Sŏng-ju. Kim also had two younger brothers, Ch’ŏl-chu (or Kim Chul Joo) and Kim Yŏng-ju. Kim Pyong-il was prominent in Korean politics until he became ambassador to Hungary. Since 2015 Kim Pyong-il has been ambassador to the Czech Republic. Kim was reported to have other illegitimate children.[69] They included Kim Hyŏn-nam (born 1972, head of the Propaganda and Agitation Department of the Workers' Party since 2002). On his death in 1994, his eldest son Kim Jong-il succeeded him as supreme leader of North Korea.

Is Il-sung your ancestor? Please don't go away!

ask our community of genealogists a question.
Sponsored Search by Ancestry.com
DNA
No known carriers of Il-sung's DNA have taken a DNA test.

Images: 2
Official portrait, issued after his death in 1994. 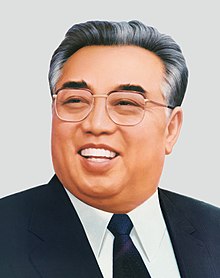 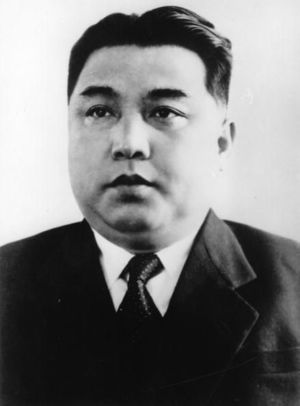