For a list of band members, see Lynyrd Skynyrd

Is Ed your relative? Please don't go away!

ask our community of genealogists a question.
Sponsored Search by Ancestry.com
DNA
No known carriers of Ed's ancestors' DNA have taken a DNA test. 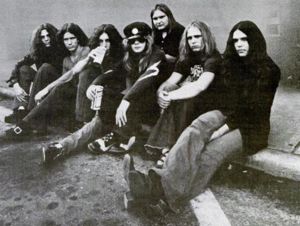 BTW ... I've been searching for his parents but they're elusive. Maybe have to wait until the funeral?