Harvey was born in Andover, Connecticut. He married Polly on April 7, 1824.

He is buried in the Center Cemetary in Coventry.

The following is from the COMMEMORATIVE BIOGRAPHICAL RECORD OF TOLLAND AND WINDHAM COUNTIES CONNECTICUT: BIOGRAPHICAL SKETCHES OF PROMINENT AND REPRESENTATIVE CITIZENS AND OF MANY OF THE EARLY SETTLED FAMILIES, PUBLISHER: J.H.BEERS & CO., CHICAGO; 1903 P. 180. on the internet "HARVEY KINGSBURY. At the time of the death of this good man, May 22, 1874, the feeling was general that a life of such extended usefulness could ill be spared from the community in which he lived. Mr. Kingsbury was born Dec. 17, 1794, in Andover, Conn., a son of Joseph and Ruth (Benton) Kingsbury, and a descendant in the fifth generation from Joseph Kingsbury, of Haverhill, Mass., and Norwich, Conn., through Nathaniel, Jabez and Joseph Kingsbury (2). ...

"Harvey Kingsbury was of a frail physique, and in early life was unable to pursue successfully the business of agriculture. Consequently he removed to Farmington to acquire a knowledge of the trade of a jeweler. However, he preferred the duties of an instructor to the routine of a tradesman's life, and gave special attention to study with a view to take up teaching, reciting for a time to Rev. Mr. Woodruff, of Coventry. He taught for ten successful winters and gave satisfaction to his employers. Mr. Kingsbury, after his marriage, in 1824, removed to Coventry, and became an enterprising and successful farmer in that town. His business ability was of a high order, as was early discovered by his fellow townsmen, who called him to serve at different times as one of their selectmen. He was more than twenty years a member of the Ecclesiastical Society Committee, and of the school board for the same period. He was also one of the building committee when the present church edifice was erected. He was for many years a director of the Rockville Bank, and one if the incorporators of the Savings Bank of Rockville. In the war of 1812 he was drafted into the military service of the government, and joined the army at New London, but was discharged after forty days of service, much impaired in health. This he happily overcame, and for the remainder of his life enjoyed exceptional vigor and activity.

"Mr. Kingsbury possessed decided religious character and firm principles. He was a Puritan, indeed, in his adherence to integrity, careful observance of the Sabbath, and diligent attendance on the worship of God in the sanctuary and the weekly meetings. Greatly interested in the Sabbath-school, and ever ready to contribute to its support, he came forward generously when help was needed for the church, or the many gospel institutions connected therewith. He responded cheerfully to the various schemes of Christian benevolence and regarded this opportunity not only as a duty but a pleasure.

"On April 7, 1824, Mr. Kingsbury was married to Polly, daughter of Roswell Wright, of Coventry. Two daughters were born to them, Elizabeth Wright and Mary Jeffers, both of whom married the late Hon. Henry E.H. Gilbert, and both of whom are now deceased."

Is Harvey your ancestor? Please don't go away!

ask our community of genealogists a question.
Sponsored Search by Ancestry.com
DNA Connections
It may be possible to confirm family relationships with Harvey by comparing test results with other carriers of his Y-chromosome or his mother's mitochondrial DNA. However, there are no known yDNA or mtDNA test-takers in his direct paternal or maternal line. It is likely that these autosomal DNA test-takers will share some percentage of DNA with Harvey: 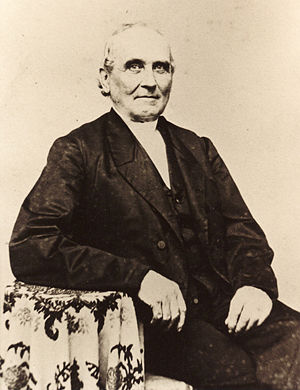 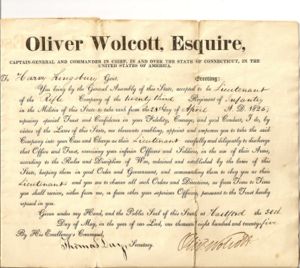