Joseph Rudyard Kipling is born December 30, 1865 in Bombay, Maharashtra, India.[1] He is a son of John Lockwood Kipling and Alice Caroline MacDonald.[1] Kipling is baptized January 22, 1866 in Bombay, Bombay, India.[1]

When Kipling is five years old, he and his sister are taken to Southsea, Portsmouth, United Kingdom to live with Captain Pryse Agar Holloway and Sarah Holloway, a couple who board children of British nationals living abroad. Kipling spends six years of his life with them and later describes the experience as a combination of cruelty and neglect.

In the spring of 1877, his mother returns from India and removes the children from the Holloways and takes them to Goldings Farm at Loughton. In January 1878, Kipling is admitted to the United Services College at Westward Ho!, Devon.[2] It proves rough going for him at first, but later led to firm friendships and provides the setting for his schoolboy stories Stalky & Co. (1899). While there, Kipling meets and falls in love with Florence Garrard. Florence becomes the model for Maisie in Kipling's first novel, The Light That Failed (1891).

Kipling lacks the academic ability to get into Oxford University on a scholarship. His parents are unable to finance him, and so Kipling's father obtains a job in Lahore, where he serves as Principal of the Mayo College of Art and Curator of the Lahore Museum. Kipling becomes assistant editor of a local newspaper, the Civil and Military Gazette. He sails for India on September 20, 1882 and arrives in Bombay on October 18th.

From 1883 to 1889, Kipling works in British India for local newspapers such as the Civil and Military Gazette in Lahore and The Pioneer in Allahabad. In 1886, he publishes his first collection of verse, Departmental Ditties.

In 1883, Kipling visits Shimla, then Simla, a well-known hill station and the summer capital of British India. Rudyard Kipling returns to Simla for his annual leave each year from 1885 to 1888, and the town features in many stories he writes for the Gazette.

Back in Lahore, 39 of his stories appear in the Gazette between November 1886 and June 1887. Kipling includes most of them in Plain Tales from the Hills, his first prose collection, published in Calcutta in January 1888. In November 1887, he is moves to the Gazette's larger sister newspaper, The Pioneer, in Allahabad in the United Provinces, where he works as assistant editor and lives in Belvedere House from 1888 to 1889.

In 1888, he publishes six collections of short stories: Soldiers Three, The Story of the Gadsbys, In Black and White, Under the Deodars, The Phantom Rickshaw, and Wee Willie Winkie. These contain a total of 41 stories. In addition, as The Pioneer's special correspondent in the western region of Rajputana, he writes many sketches that were later collected in Letters of Marque and publishes in From Sea to Sea and Other Sketches, Letters of Travel.

Kipling is discharged from The Pioneer in early 1889 after a dispute. He sells the rights to his six volumes of stories for £200 and a small royalty, and the Plain Tales for £50; in addition, he received six-months' salary from The Pioneer, in lieu of notice.

Kipling uses the money to move to London. On March 9, 1889, he leaves India. Kipling travels through the United States, writing articles for The Pioneer that are later published in From Sea to Sea and Other Sketches, Letters of Travel.

In the course of this journey he meets Mark Twain in Elmira, New York, and is deeply impressed. Kipling arrives unannounced at Twain's home. Twain gladly welcomes Kipling. Kipling then crosses the Atlantic to Liverpool in October 1889. He soon makes his début in the London literary world, to great acclaim.

In London, several stories are accepted by magazines. Kipling finds a place to live for the next two years at Villiers Street, near Charing Cross (in a building subsequently named Kipling House). In the next two years, he publishes a novel, The Light That Failed, and meets an American writer and publishing agent, Wolcott Balestier, with whom he collaborates on a novel, The Naulahka.

In 1891, Kipling takes another sea voyage, to South Africa, Australia, New Zealand, and once again India. He cut short his plans to spend Christmas with his family in India when he hears of Balestier's sudden death from typhoid fever and decides to return to London immediately. Before his return, he has used the telegram to propose to and be accepted by Wolcott's sister Caroline Starr Balestier, called "Carrie," whom he had met a year earlier, and with whom he had been having an intermittent romance. Meanwhile, late in 1891, a collection of his short stories on the British in India, Life's Handicap, is published in London.

Kipling marries Caroline Starr Balestier on January 18, 1892 at All Souls Church, Langham Place in in London. They honeymoon first to the United States and then in Japan. On arriving in Yokohama, they discover that their bank had failed. Taking this loss in their stride, they return to the US, back to Vermont – Carrie by this time is pregnant with their first child – and rented a small cottage on a farm near Brattleboro for $10 a month. In this house, which they called Bliss Cottage, their first child, Josephine, is born December 29, 1892 in Brattleboro, Windham, Vermont, United States.[3]

It is also in this cottage that the first dawnings of The Jungle Books came to Kipling.

Eventually the couple buys 10 acres (4.0 ha) of land on a rocky hillside overlooking the Connecticut River.

In a mere four years he produces, the Jungle Books, a book of short stories (The Day's Work), a novel (Captains Courageous), and a profusion of poetry, including the volume The Seven Seas. The collection of Barrack-Room Ballads is issued in March 1892, first published individually for the most part in 1890, and contained his poems "Mandalay" and "Gunga Din."

For some time, relations between Caroline and her brother Beatty Balestier had been strained, owing to his drinking and insolvency. In May 1896, an inebriated Beatty encountered Kipling on the street and threatened him with physical harm. The incident led to Beatty's eventual arrest, but in the subsequent hearing and the resulting publicity, Kipling's privacy is destroyed, and he is left feeling miserable and exhausted. In July 1896, a week before the hearing is to resume, the Kiplings packed their belongings, left the United States and returned to England.

By September 1896, the Kiplings were in Torquay, Devon, on the south-western coast of England. Kipling is now a famous man.

Their first son, John is born in August 1897. Kipling has begun working on two poems, "Recessional" (1897) and "The White Man's Burden" (1899). A prolific writer during his time in Torquay, he also writes Stalky & Co., a collection of school stories.

Kipling kept writing until the early 1930s, but at a slower pace and with less success than before. On January 12, 1936 he suffers a hemorrhage in his small intestine. He goes surgery, but died less than a week later on January 18,1936 in Marylebone, London, England.[6][7] He is cremated at Golders Green Crematorium in north-west London, and his ashes interred at Poets' Corner, part of the South Transept of Westminster Abbey in Westminster, City of Westminster, Greater London, England.[8] .

Thank you to Kitty Smith for contributions to this profile. This profile Kipling-4 created through the import of Banks_Kipling Family Link _2011-06-17_01.ged on Jun 17, 2011 by Derek Banks.

Is Rudyard your ancestor? Please don't go away!

ask our community of genealogists a question.
Sponsored Search by Ancestry.com
DNA
No known carriers of Rudyard's DNA have taken a DNA test. 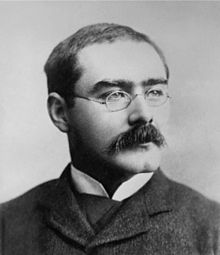 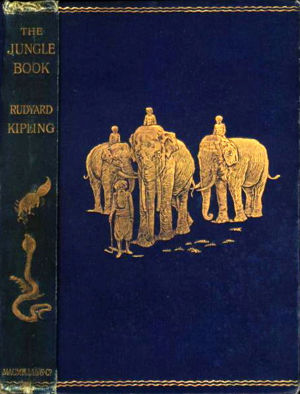 Rudyard is 20 degrees from Donald Howard, 15 degrees from Julia Howe and 16 degrees from Henry VIII of England on our single family tree. Login to find your connection.